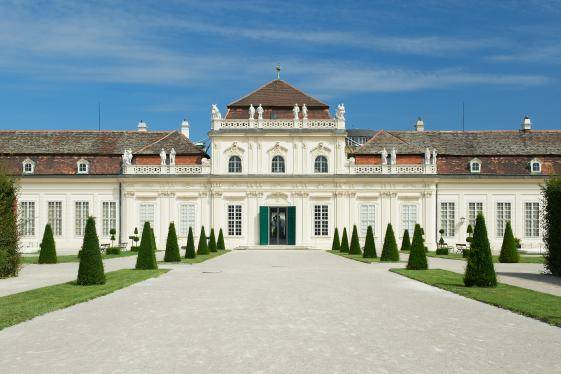 Initially, the two-story Marble Hall served as a ceremonial reception area for guests. The wall structure, with its war trophies and representations of prisoners, refers to Prince Eugene's great successes as imperial commander. In contrast, the oval-shaped plaster medallions showing scenes from the life of Apollo recall the prince’s aesthetic interests. The ceiling fresco by Martino Altomonte depicts Apollo in a sun chariot. Prince Eugene is represented as a nude hero as Mercury announces gifts from the pope honoring the prince’s achievements at the Battle of Peterwardein in 1716.

Maria Theresa had this room refurbished into a gold cabinet adorned with mirrors and porcelain. Most of its decorations were taken from Prince Eugene’s city palace at the Himmelpfortgasse. The Gold Cabinet has been displayed in its original condition since 1765.

The Marble Gallery has direct access to the Privy Garden and also served as a ceremonial space for Prince Eugene. It is assumed that the gallery was planned as a setting for three statues from antiquity known as the Herculaneum Women, which shared the room with figures by Baroque sculptor Domenico Parodi. In 1736, the Herculaneum Women were sold to the city of Dresden and replaced by three other Parodi sculptures. The walls of the gallery are embellished with stucco war trophies referring to Prince Eugene's military successes. The ceiling relief shows the prince in all his glory: seated at the center, he is armed and being honored with awards while Peace approaches, expelling Envy and Hatred.

Originally, the Orangery was a heated conservatory for citrus trees. During the warm weather season, a sliding construction was used to open the south facade and the roof. Following Prince Eugene’s death, the trees were transferred to the Pomeranzenhaus at Schönbrunn Palace. The Orangery was converted into stables and the retractable roof construction replaced in 1805. After 1918, this building housed parts of the Moderne Galerie and, from 1952 to 2007, the Museum of Medieval Art. In 2007, the interior of the Orangery was converted into modern, white cube exhibition space.

The Hall of Grotesques

Decorating sale terrene and garden pavilions with painted grotesques on walls and ceilings was a popular practice in Vienna in the early 18th century. Augsburg-born painter Jonas Drentwett adorned the ceiling with the Four Seasons, and the Four Elements in the corners. The windowless walls show Vulcan’s Forge and the Three Graces, embodying masculine and feminine principles. Most of these paintings have been preserved in their original condition.

This building derives its name from its original use, as it was once home to the Prince’s horses. Today the Palace Stables building showcases valuable artworks from the Medieval collection. 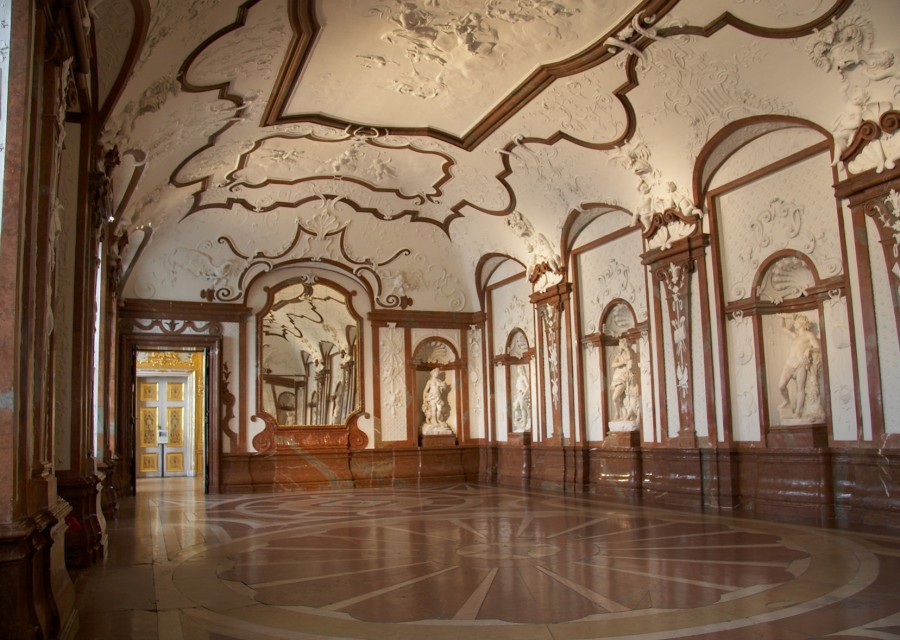 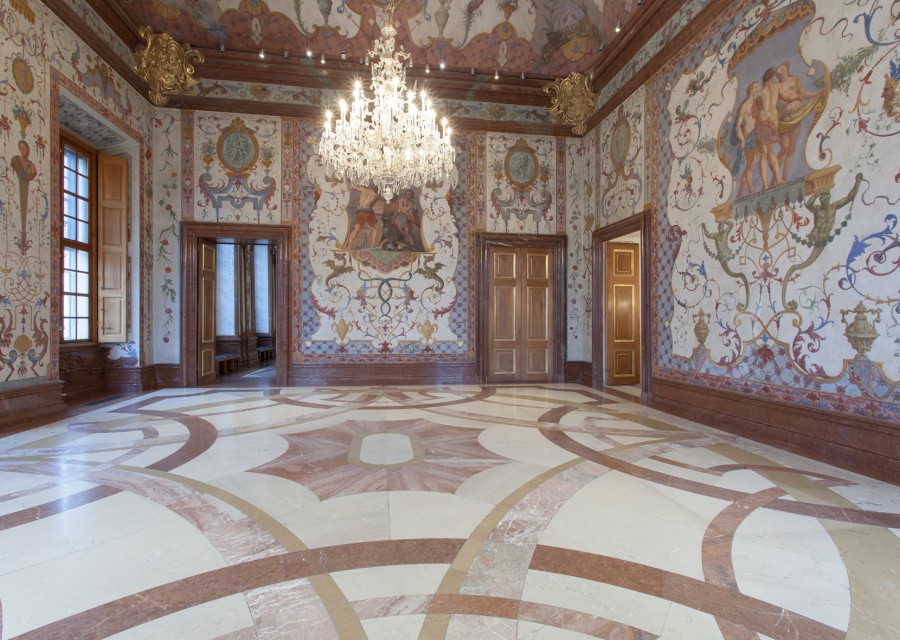 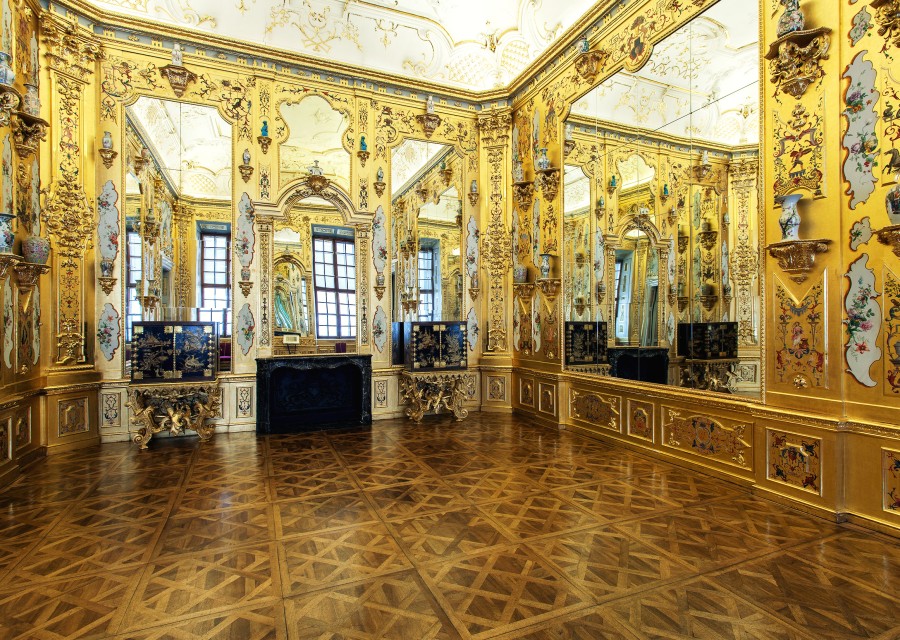 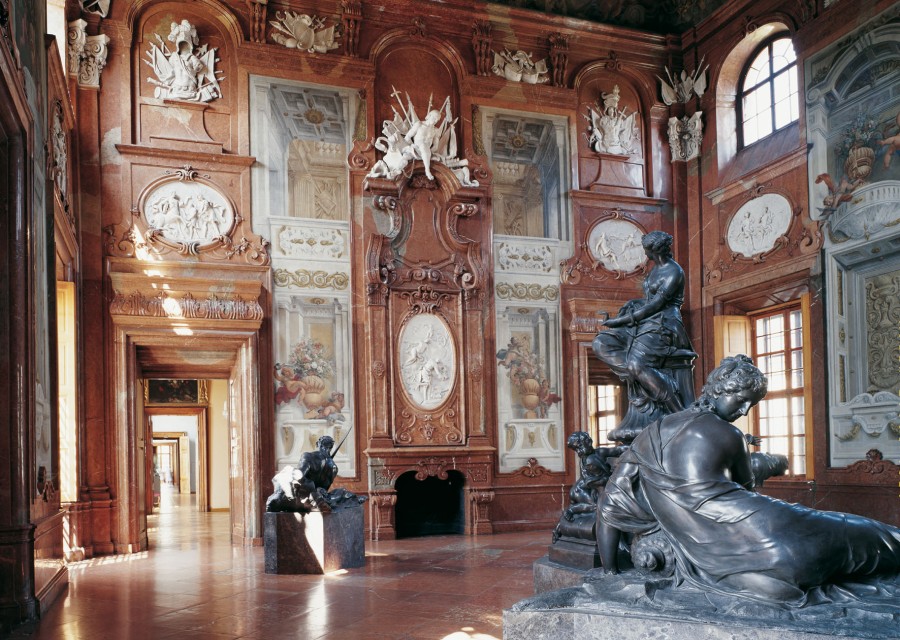 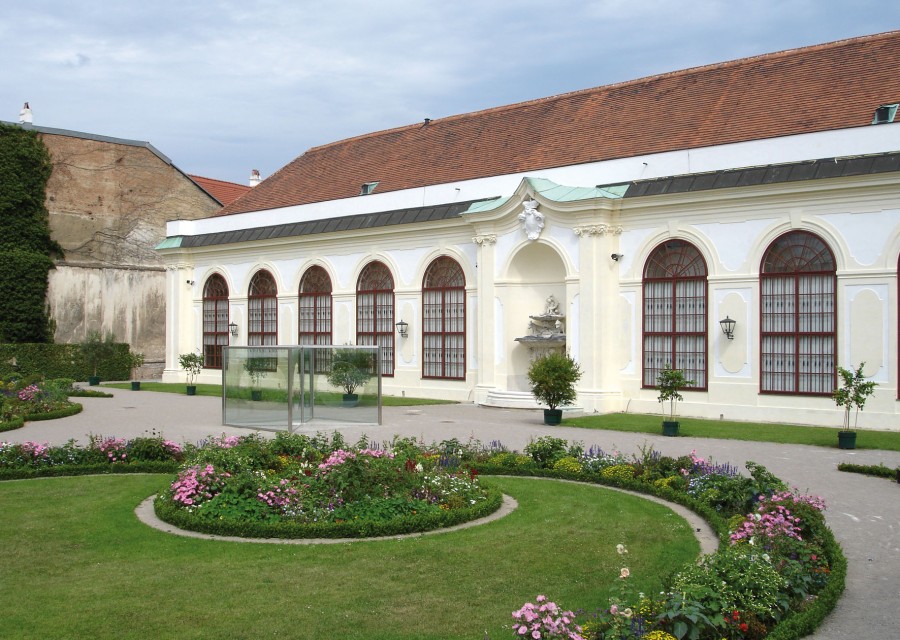 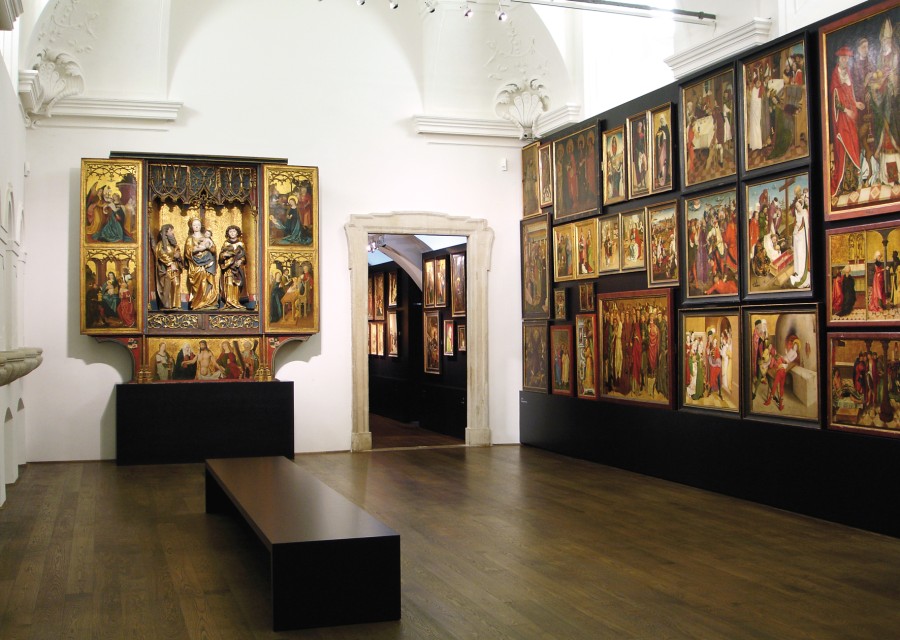 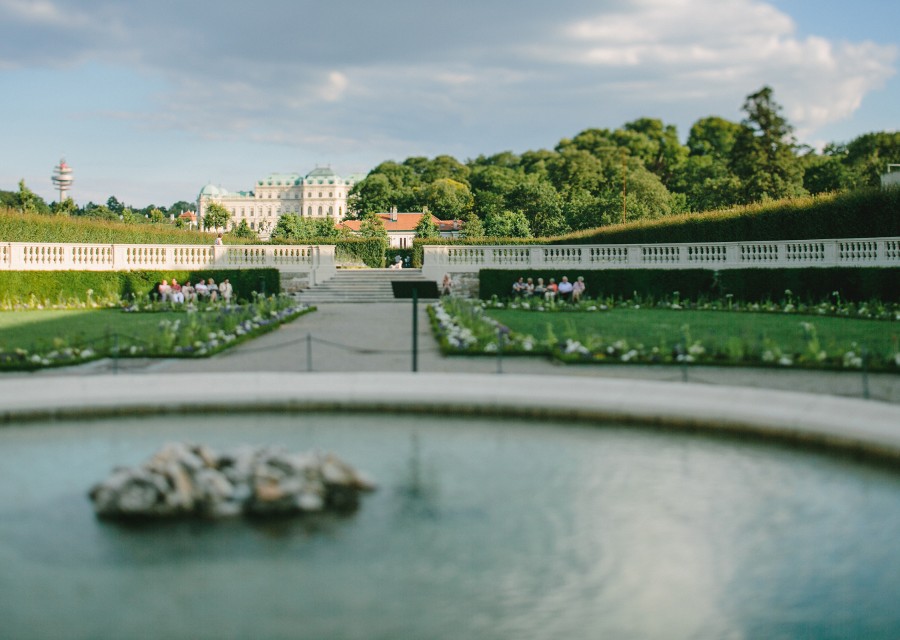 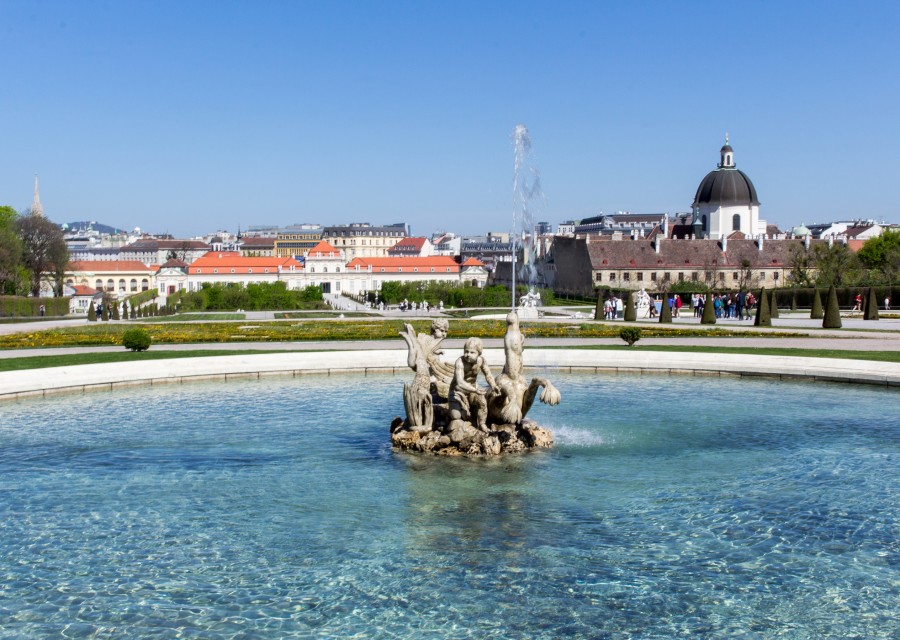