Built according to Lucas von Hildebrandt's plans, the construction of the Upper Belvedere took place between the years 1717 and 1723. In the days of Prince Eugene, it served primarily for state functions, large festivals, and formal receptions. After his death, the palace with its beautiful view became an imperial painting gallery that was open to the public. 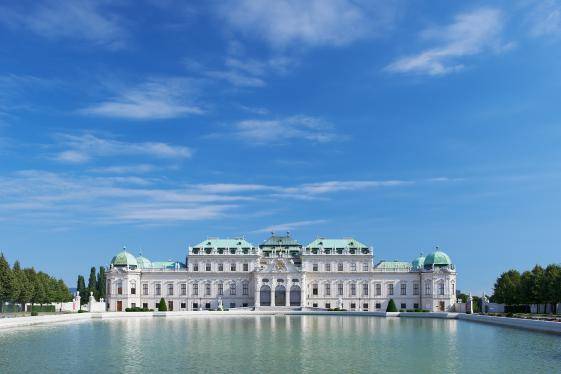 The Sala Terrena (ground floor hall) is dominated by four mighty atlases supporting the richly stuccoed vaulted ceiling of the room. Initially, the Sala Terrena was designed as a uniform spacious hall, but after structural damage in the winter of 1732/33, the installation of the four supports became necessary. The hall opens onto to the garden side of the Upper Belvedere and leads to the Grand Staircase; thus, the Sala Terrena serves both as the garden hall and vestibule.

The Carlone Hall, or Painted Hall, was named after its creator, the northern Italian fresco master and itinerant artist Carlo Innocenzo Carlone (1686–1775). He painted the impressive ceiling fresco depicting the Triumphs of Aurora (1722/23). Originally serving as a spot to cool off and socialize on hot summer days, the room's decor has been preserved to this day.

Originally, the main entrance was located on the south side of the Upper Belvedere and can still be recognized by its access ramps. From there, guests would have approached the main floor of the palace directly via the Grand Staircase. The right wall is adorned with a stucco relief depicting the triumph of Alexander the Great over Darius, while on the left, Darius's wives are depicted in front of Alexander.

The octagonal Palace Chapel of the Upper Belvedere is largely preserved in its original condition, as evidenced by a drawing by Salomon Kleiner from the 1830s.

Mass: Every Sunday at 12 noon

The Marble Hall is the central chamber of the Upper Belvedere.  It reaches two stories in height and is dominated by reddish-brown marble, rich gilding, and a large ceiling fresco. The hall’s frescoes were created by Carlo Innocenzo Carlone, Marcantonio Chiarini, and Gaetano Fanti.

In this hall on May 15, 1955, the Austrian State Treaty was signed by Leopold Figl and representatives of the four occupying powers, United Kingdom, France, the Soviet Union, and the USA. 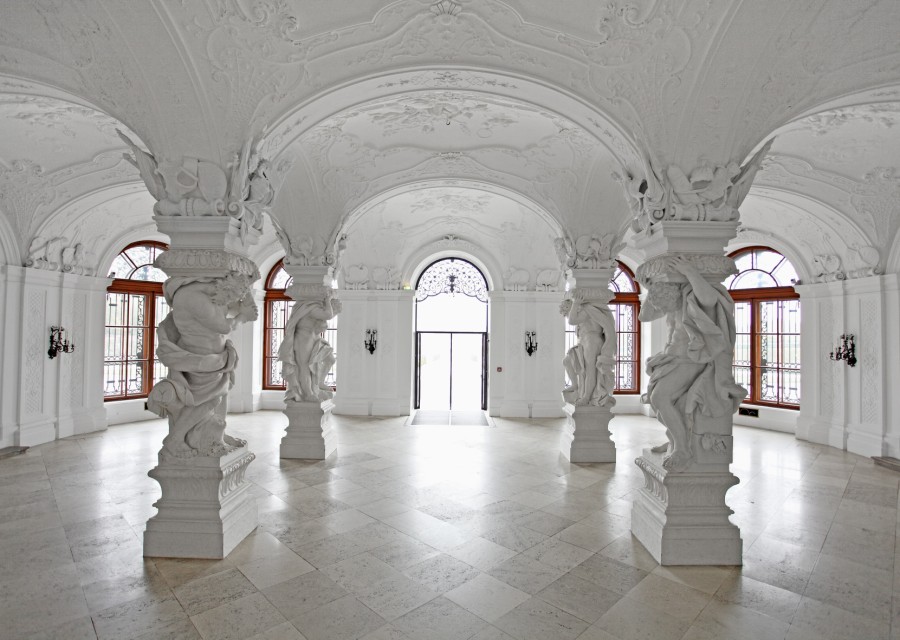 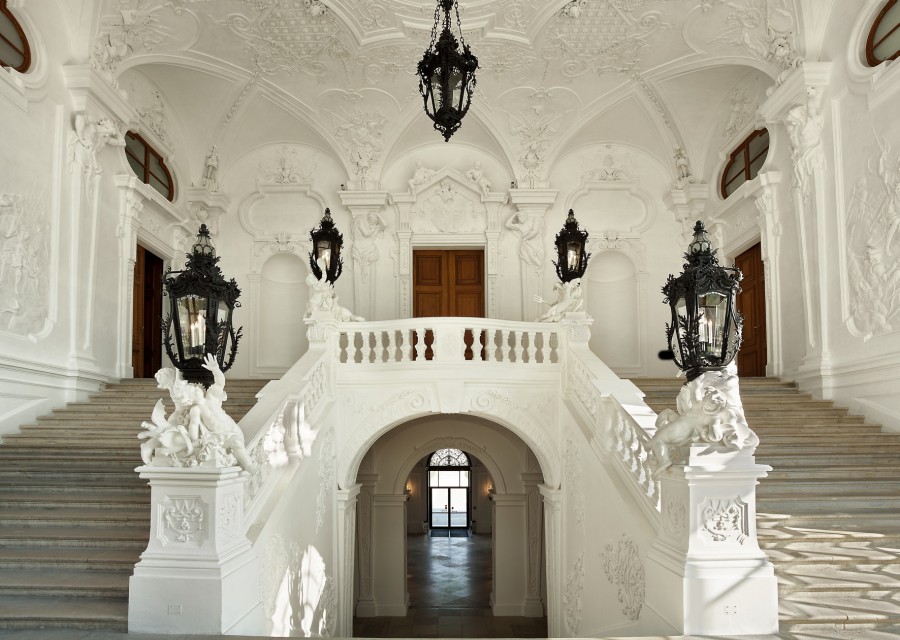 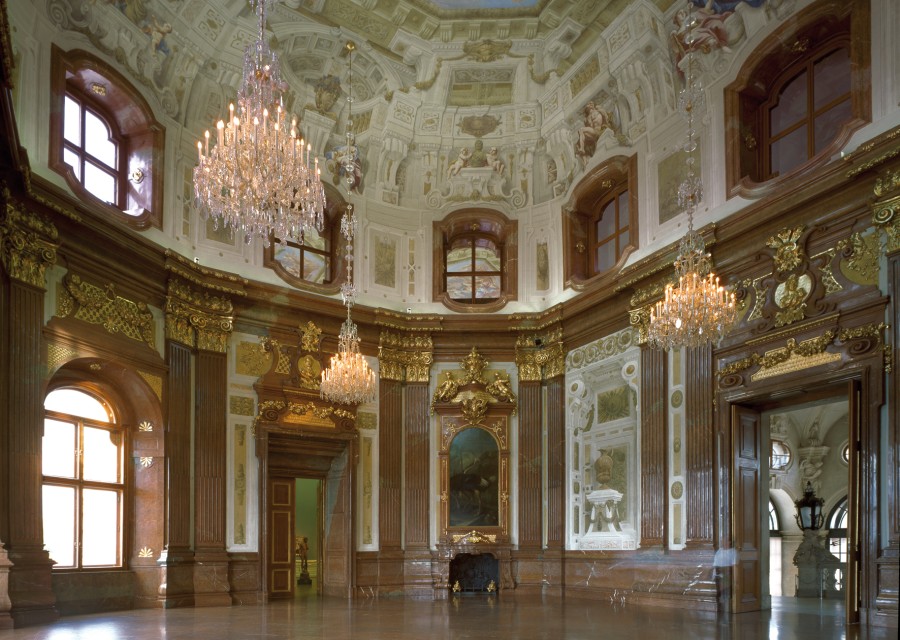 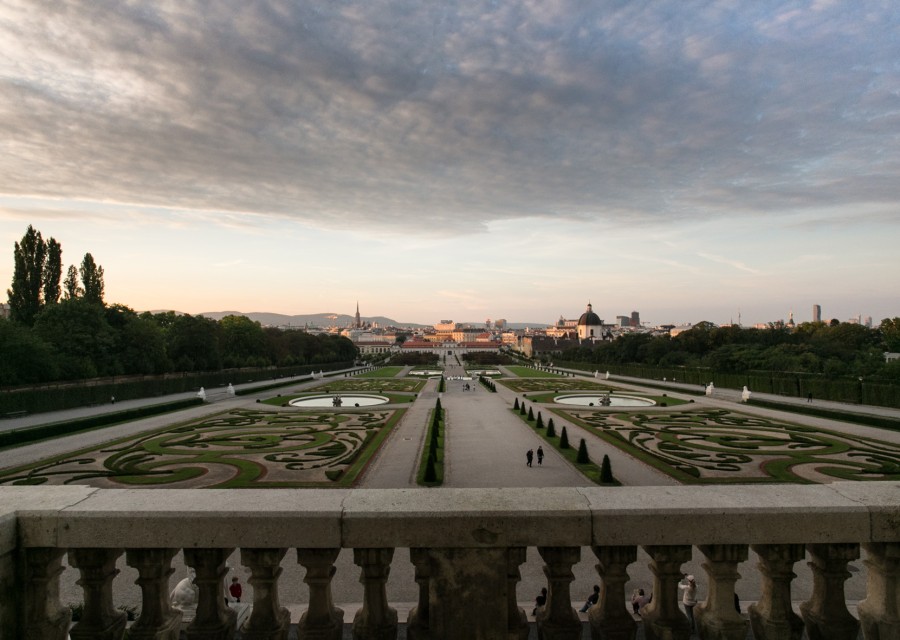 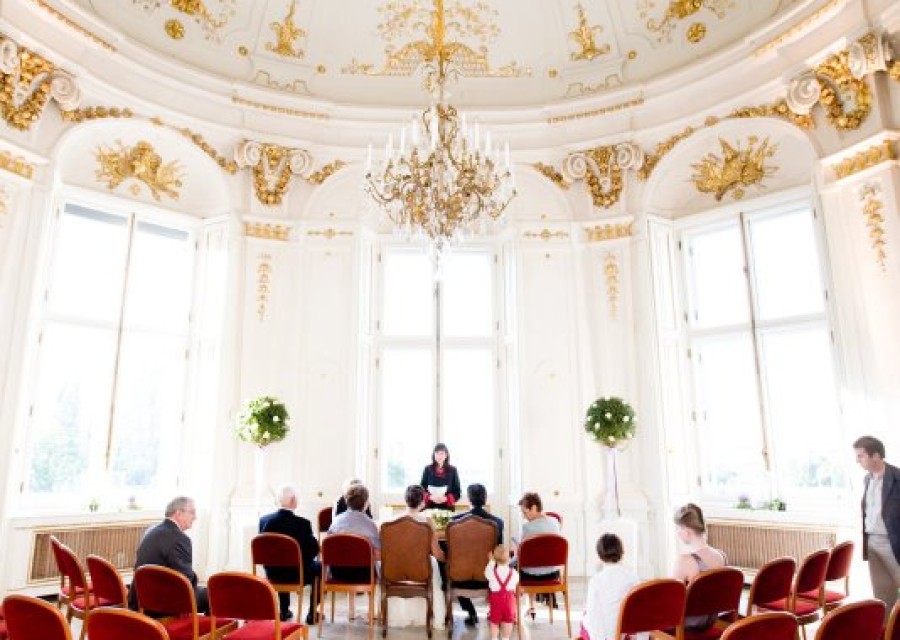 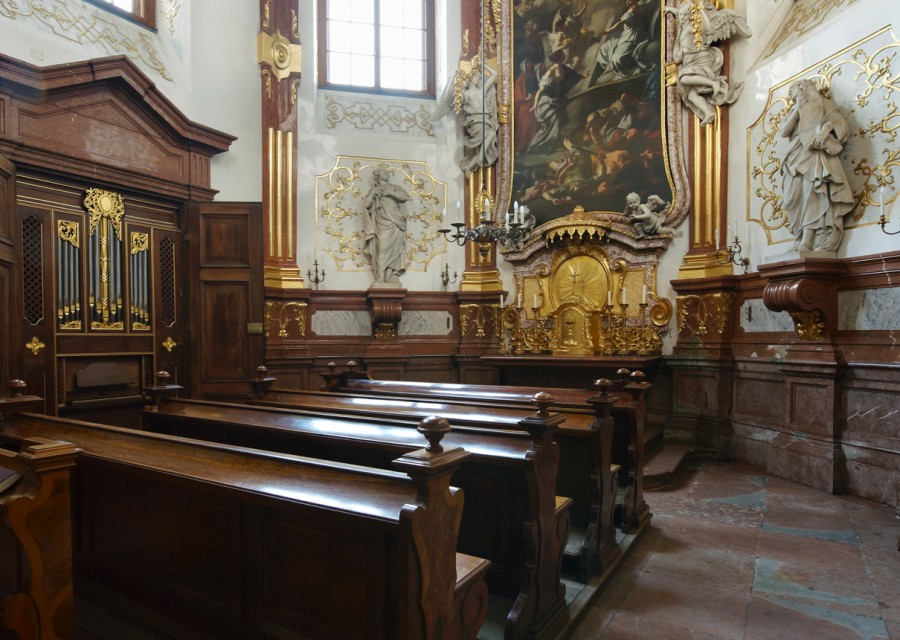 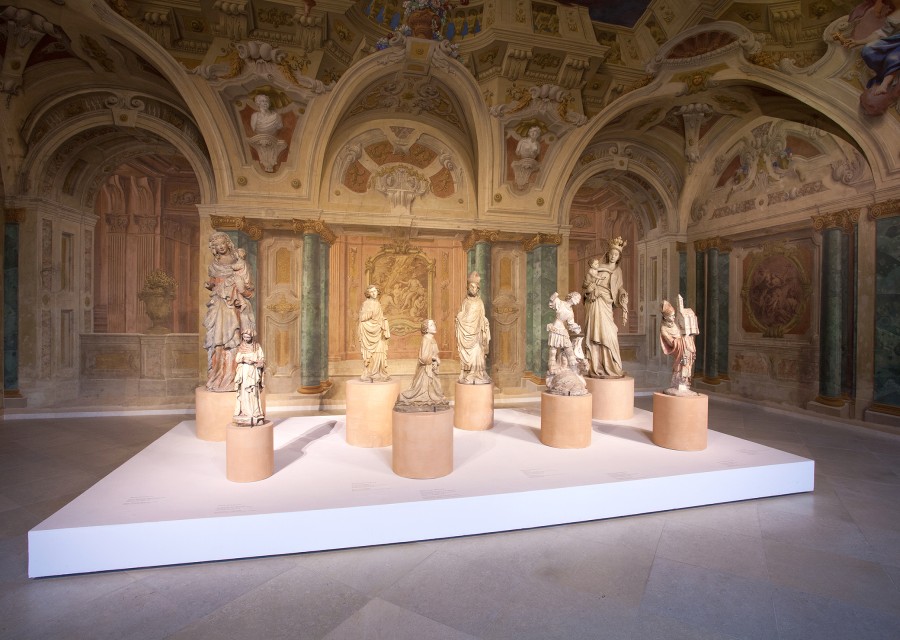