Friends of the Belvedere

The Friends of the Belvedere is a non-profit society comprised of art lovers who share the common goal of promoting and supporting the endeavors of the Belvedere. As a member, you will enjoy 365 days a year of world-famous art as well as a variety of other perks. Interested in art and want to experience exhibitions and museum activities up close? Then you have come to the right place. We look forward to having you as a member! 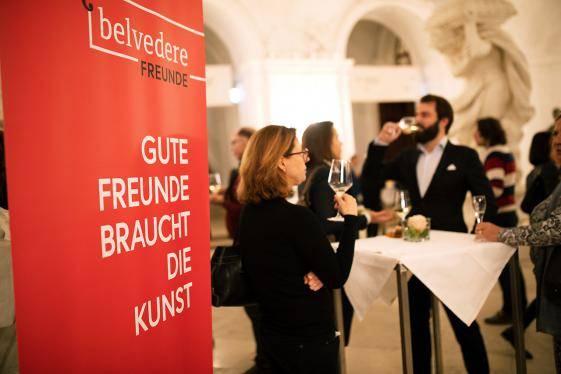 Friends of the Belvedere members pay an annual membership fee, which varies according to category. Proceeds are primarily invested into the acquisition fund for the Belvedere collection, but may also be used for charitable purposes, such as for guided tours to benefit residents of women's shelters. In return, members receive many exclusive benefits:

As a Friend, you are permanently entitled to reduced admission fees at the following institutions:

for seniors over the age of 65

Free admission for an accompanying person of your choice

Free admission for two accompanying persons of your choice 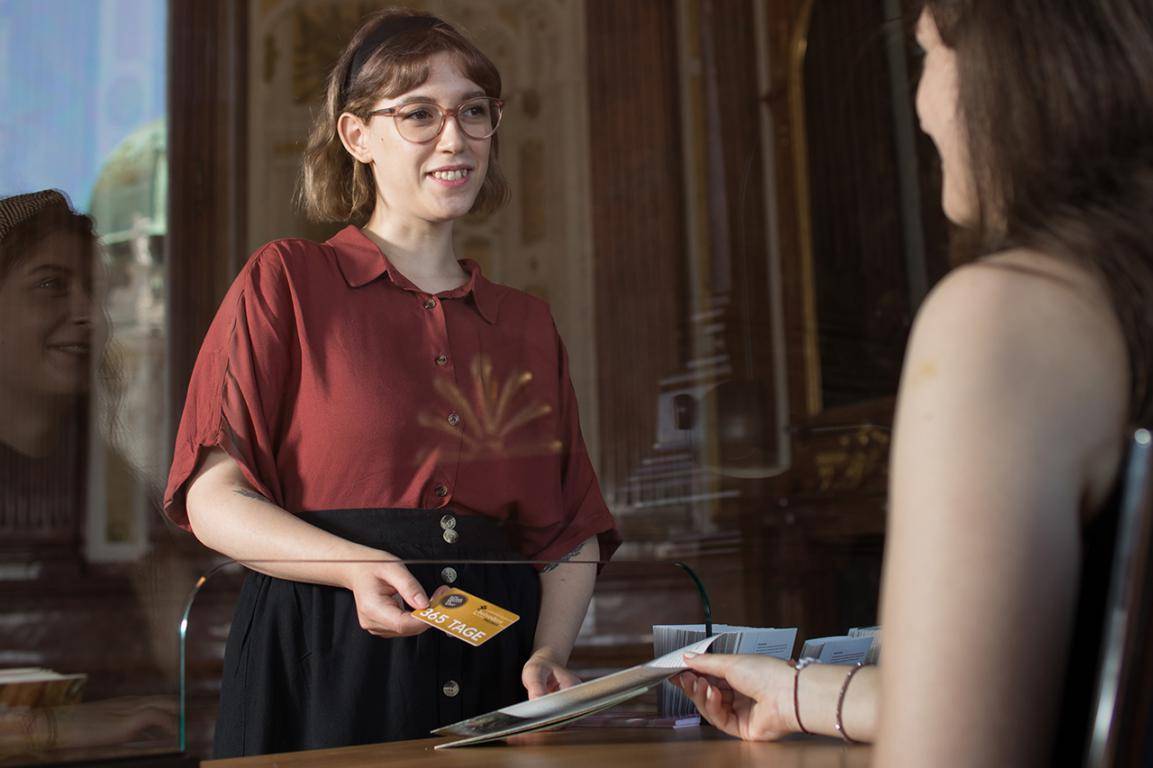 Our dedicated team of volunteers has been supporting the Belvedere through their active and committed work at the information desk for many years. The info-desk is open all year round from 10 a.m. to 5 p.m. and serves visitors from Austria and abroad as a point of contact for a wide variety of questions about the museum, art history, and tourism, as well as membership and programs organized by the Friends of the Belvedere.

To strengthen our team, we are always looking for gracious and reliable individuals with a keen interest in art.  In addition to German and fluent English, knowledge of other foreign languages is a plus. PC, Internet, and MS Office literacy is essential. Our team members work at least twice a month for 3.5 hours at the information desk. In return for your commitment, we extend our gratitude with a complimentary Supporting Membership to the Friends of the Belvedere, allowing you to enjoy a wide range of benefits. 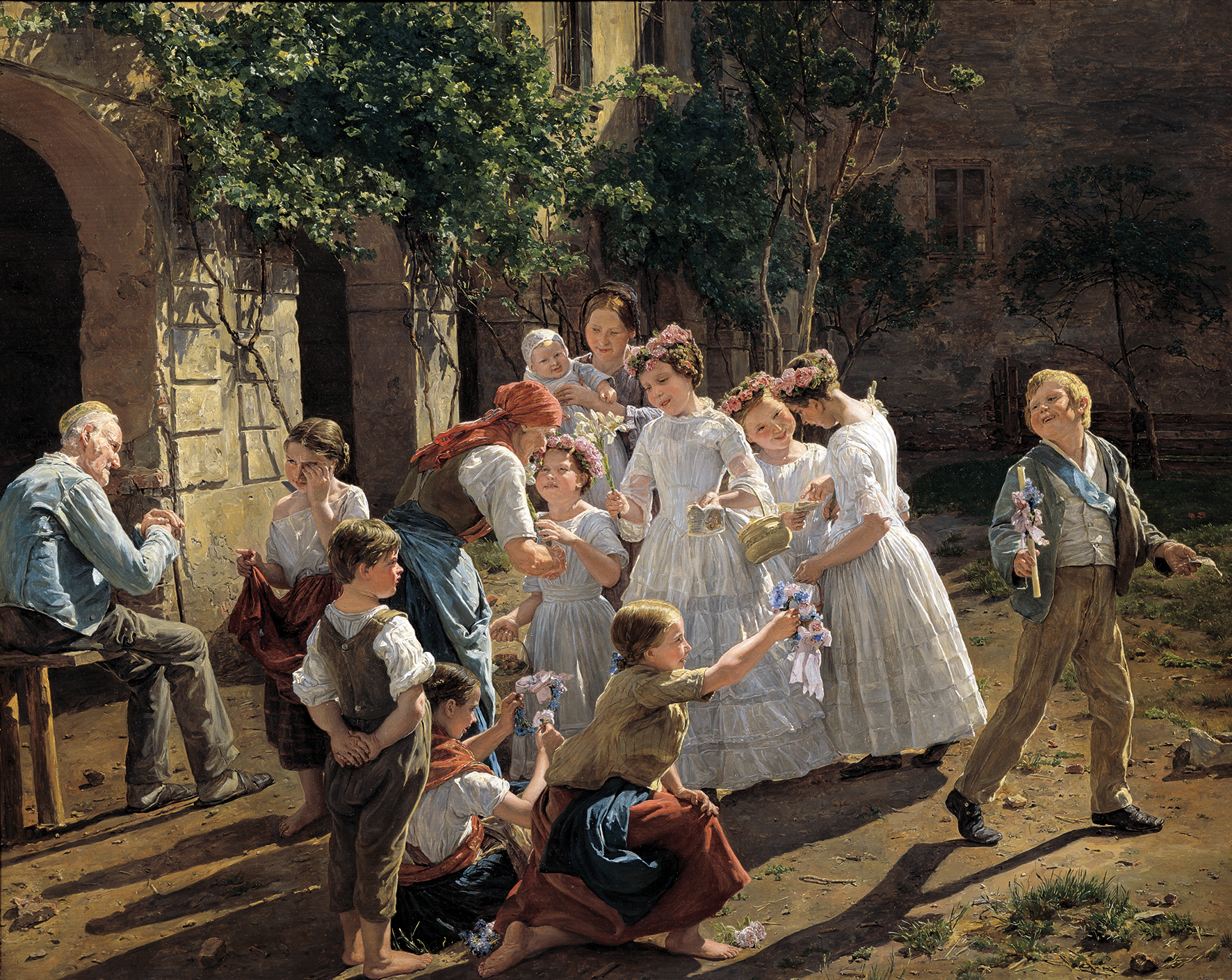 Ferdinand Georg Waldmüller, On Corpus Christi Morning, 1857
On loan from the Society of Friends of the Österreichische Galerie Belvedere

The Austrian State Gallery Society was founded in 1912 by Dr. Dörnhöffer, then director of the Austrian State Gallery. Its objective was to support the museum in its collecting activities by purchasing paintings from the 19th and early 20th centuries (the contemporary art of the period). At its foundation, Paul Ritter von Schoeller was president of the society, Dr. Felix von Oppenheimer was vice-president, and the director of the Staatsgalerie was a member of the board. The member list included some 40 names from aristocracy and industry, among them Ferdinand Bloch (later Ferdinand Bloch-Bauer), Prince Johann von und zu Liechtenstein, Viktor Ritter von Mautner Markhof, Alexander Markgraf Pallavicini, and General Director Viktor Zuckerkandl.

The first painting the newly founded society purchased for the museum was On Corpus Christy Morning by Ferdinand Georg Waldmüller (listed then in the museum's holdings as Inv. No. LG1).

According to the group's first activity report, several of the gentlemen, among them Ferdinand Bloch, each acquired a lifelong membership by paying a very high one-off sum. The first women to join this exclusive circle were Hermine Wittgenstein (1916), sister of the philosopher Ludwig Wittgenstein, and Princess Marie von Thurn und Taxis (1917).

The society grew steadily and in the 1920s its membership list covered several pages. In the years following, the society took care of all national museums, up until the year 2000: in this year, national museums were transformed into scientific institutions under public law, and, with the reorganization, the Friends of the Belvedere was established.

The full name of the society is Verein der Freunde der österreichischen Galerie Belvedere [Society of the Friends of the Austrian Gallery, Belvedere], ZVR registration number 086757716. The society is comprised of the president, an executive board, and an honorary president. Together they manage the affairs of the organization. A general assembly convenes every two years, when each member is cordially invited to exercise their right to vote.

Members of the Board 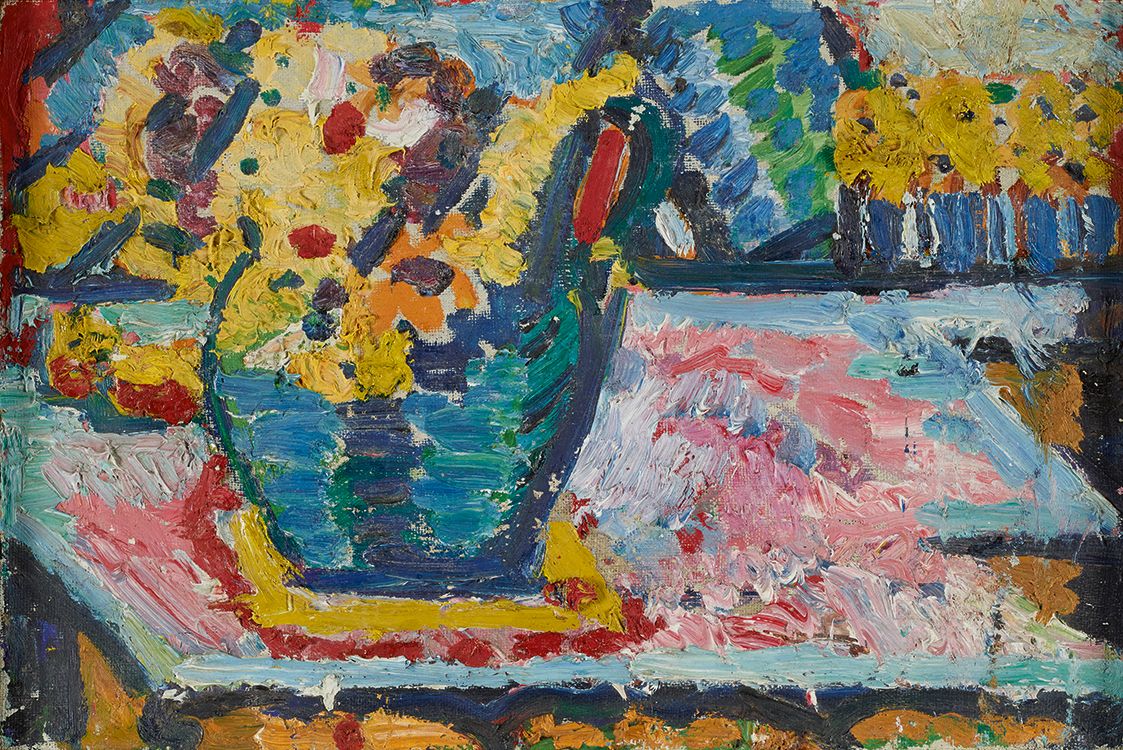