The Belvedere’s garden is one of Europe’s most significant historical gardens in French style and, even in its pared down form today, is still a fine example of late Baroque garden design. In front of the Upper Belvedere’s outdoor steps, a large pool mirrors and duplicates the building’s façade. At the opposite end of the grounds, closest to the city on Rennweg, a cour d’honneur abuts the Lower Belvedere. The Kammergarten (Privy Garden) adjoins the Lower Belvedere to the right and continues to the Orangery at its northern end. This narrow strip on the west of the plot of land was for the sole use of the prince. Next to the Upper Belvedere, up until 1726 the grounds extended eastward to encompass a semi-circular menagerie. To the south, a geometrical kitchen garden was located in the area now occupied by Vienna’s Botanical Gardens. 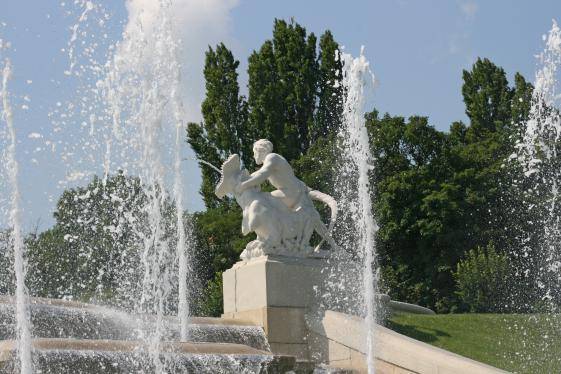 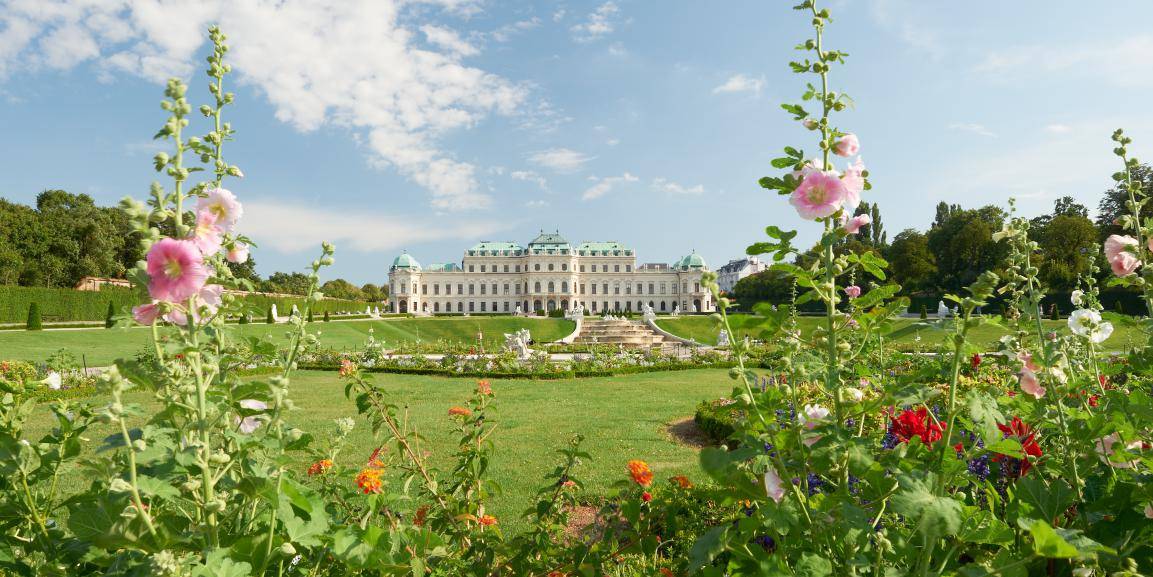 The Baroque gardens of the Belvedere rank among the most beautiful in the world. The main garden is situated between the Lower and the Upper Belvedere and extends over three large terraces. The design, by Dominique Girard, garden architect of the Elector of Bavaria, showcases all the essential elements of Baroque garden architecture: symmetrical flower parterres, water basins, tiers and steps, trimmed hedges, and more. 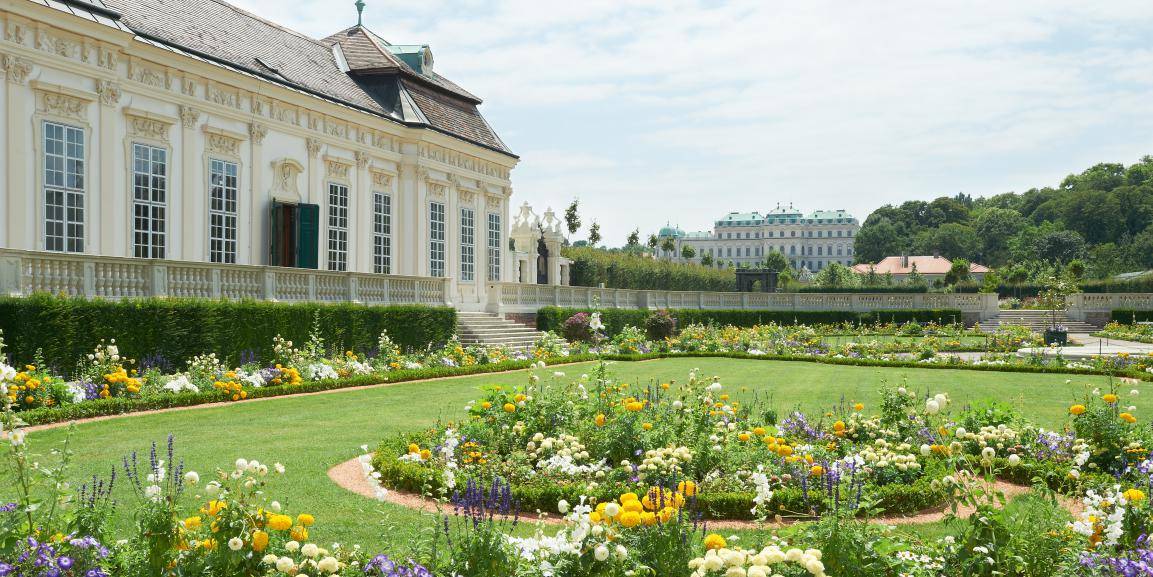 The former private garden of Prince Eugene, known as the Kammergarten (Privy Garden), offers a particularly secluded ambiance. It is located west of the Lower Belvedere and divided into two terraces. At one time, this garden area was bordered to the north by the orangery and to the south by an aviary. In between, there were fountains, ornately decorated pavilions with pergolas, and magnificent parterre areas ablaze with flowers, all reserved exclusively for the former landlord and his closest companions. 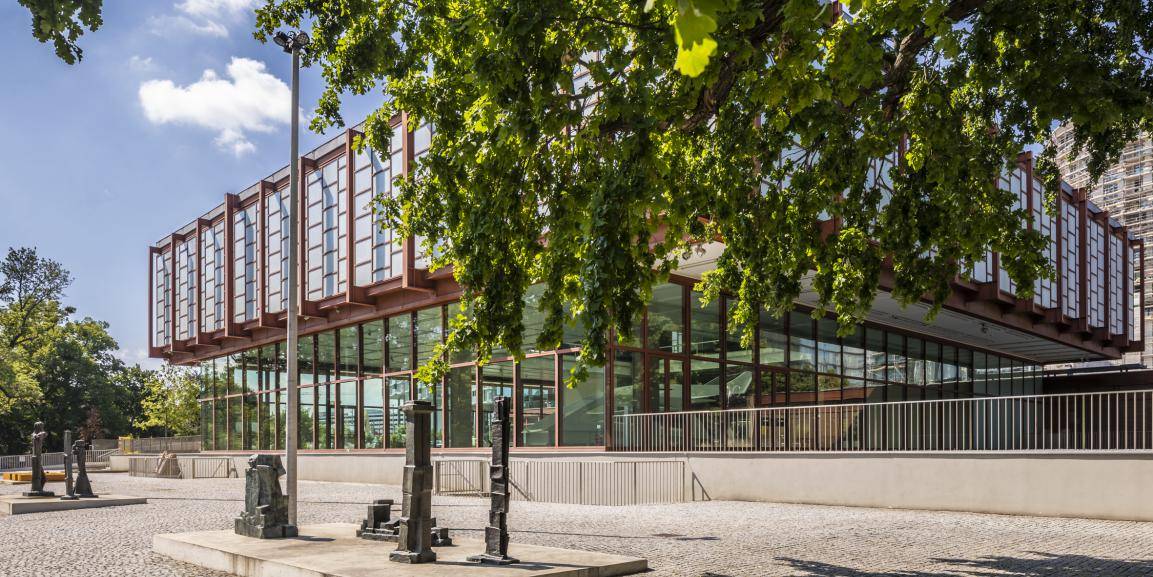 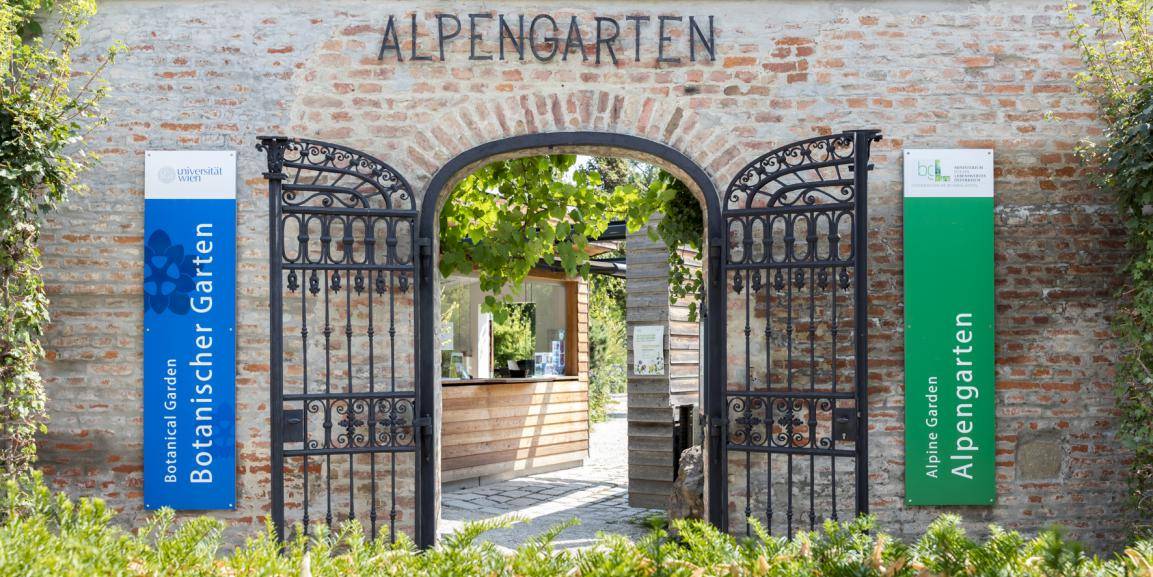 The Belvedere park is home to the oldest Alpine garden in Europe and houses the Austrian Federal Gardens’ valuable historical Alpine plant collection.  Established in 1803 by the Archdukes Johann, Rainer, and Anton at Schönbrunn Palace park, it was transferred to the gardens of the Belvedere in 1865. Unique attractions are the rhododendron blossoms that start flowering in April and a collection of more than 100 Japanese bonsai. The Alpine Garden is open to the public every year during peak flowering season, from the end of March to the beginning of August. 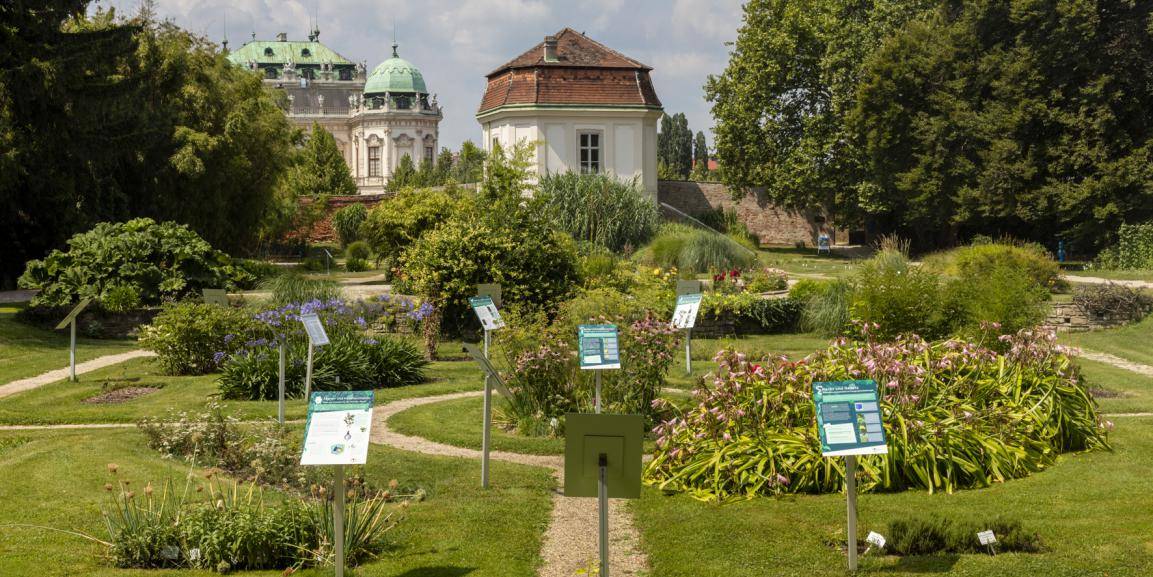 The Botanical Garden adjoins the Belvedere park. Established in 1754 under Empress Maria Theresa, it is now an independent division of the University of Vienna. The expansive grounds include open spaces and greenhouses and are home to thousands of species including medicinal plants, which were the foundation of the garden originally. The special collections containing orchids, succulents, and Pannonian plants are of great importance for species conservation and biodiversity research.