In the exhibition SIN AND SECESSION - Franz von Stuck in Vienna, visitors can immerse themselves in the work of one of the great European artists and enjoy a cosmos full of secrets, inspired by classical mythology and promising unexpected discoveries and fascinating encounters with mystical creatures. The scandalous erotic paintings by Franz von Stuck, most famously The Sin, were controversial and popular not only because of their motif, his imagery became state of the art as well. With his role as figurehead of the Munich Secession he also became a role model for the Viennese Secession, founded a few years later.

Munich’s painter prince Franz von Stuck had diverse relations to Vienna, specifically to the Viennese secessionists, whereas this fact had never been paid attention to in the past reception of his work. This is surprising also due to the fact that Stuck had his largest exhibition of works to date at the Vienna Künstlerhaus, and this show was acclaimed by the media as an artistic sensation considering the large scale and depth of his oeuvre. One year younger than Gustav Klimt, Stuck was a “shooting star” in his day and became well known in Vienna early on through his work on the volumes of designs Allegories and Emblems (from 1882) and Cards & Vignettes (1886), commissioned by the publisher Gerlach.

The exhibition SIN AND SECESSION – Franz von Stuck in Vienna presents an opportunity to consider Franz von Stuck’s work in graphic art, painting, sculpture, and his use of photography, both interrelated and as a whole, and to examine his diverse influences on Viennese art. It sheds fresh light on fin-de-siècle Vienna and its productive ties with Munich’s “painter prince” Franz von Stuck.
When posing the question of what makes Stuck’s work spectacular, often highlighted aspects include the unusual use of intense colours, chiaroscuro contrasts, and the reduction to silhouettes. The ‘dusky-hued dreaminess’ of a certain time in the evening held special appeal to the painter, who also used photography as inspiration for his drawings and paintings.  Franz von Stuck’s Sin is undoubtedly one of his most popular works, depicting the personification of the femme fatale at the end of the nineteenth century, staring at the viewer with disrespectful gazes, challenging his voyeurism. The claustrophobic proximity of this and other compositions by Stuck meant that he soon gained renown as a scandalous painter. 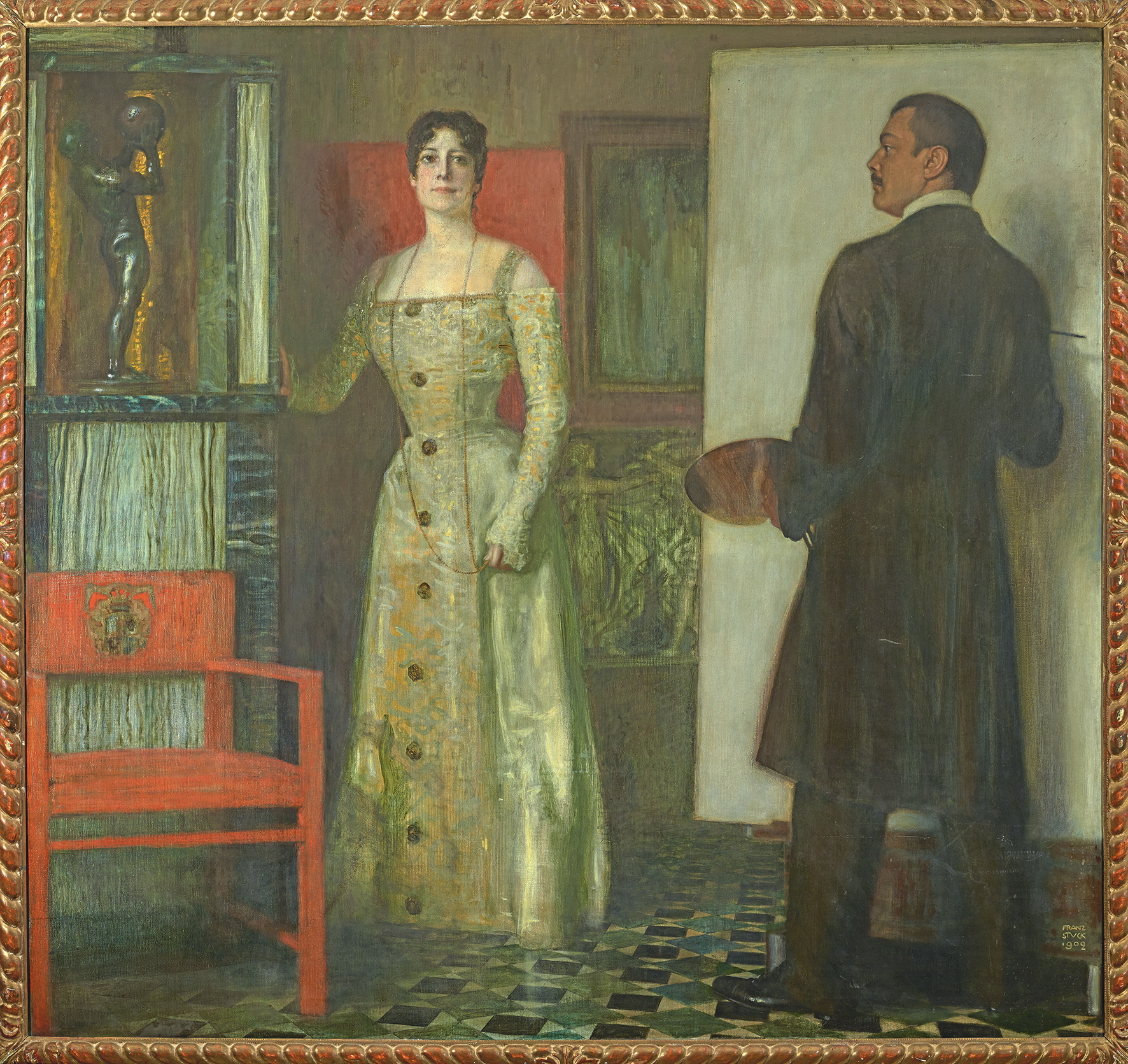 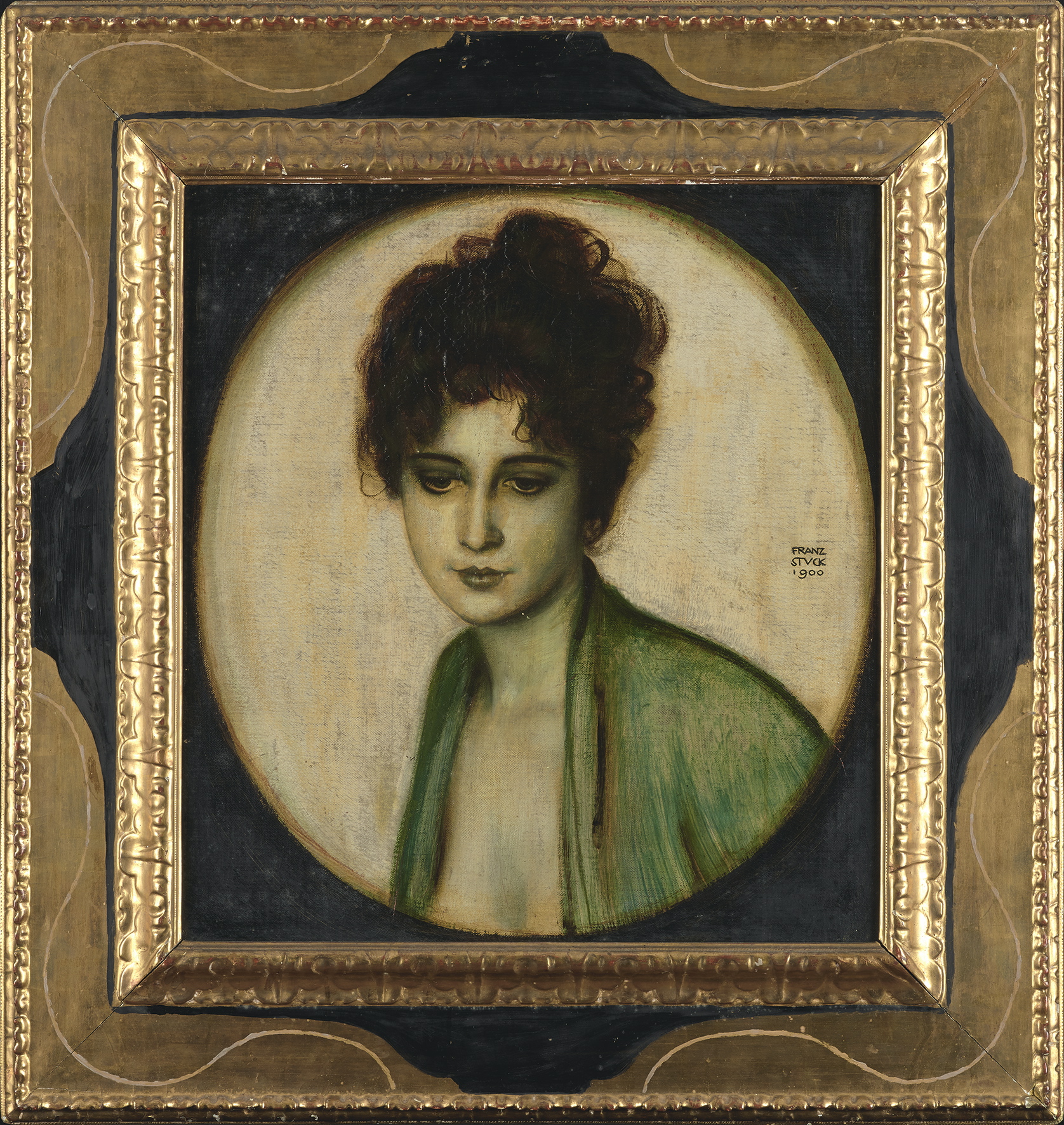 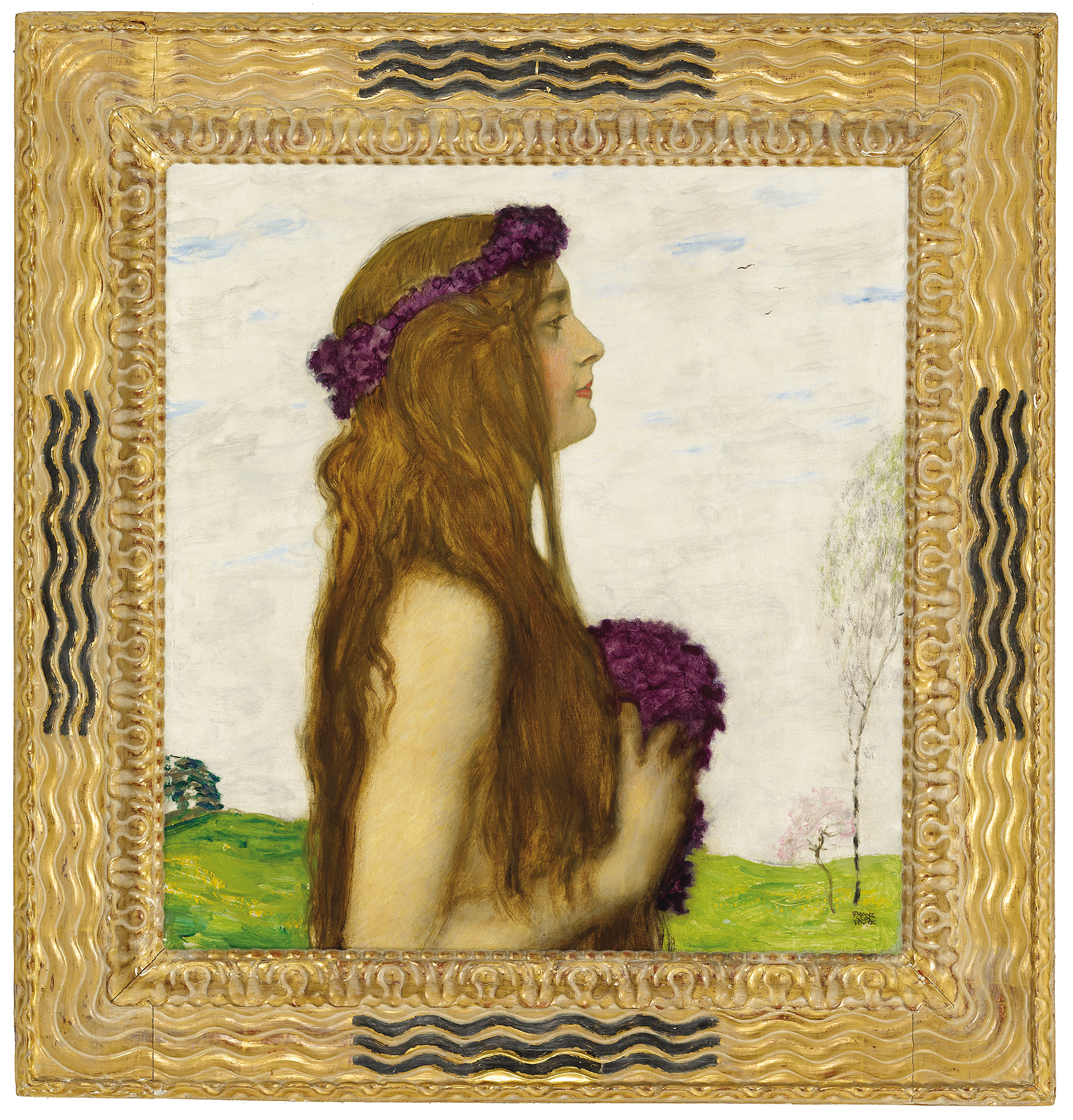 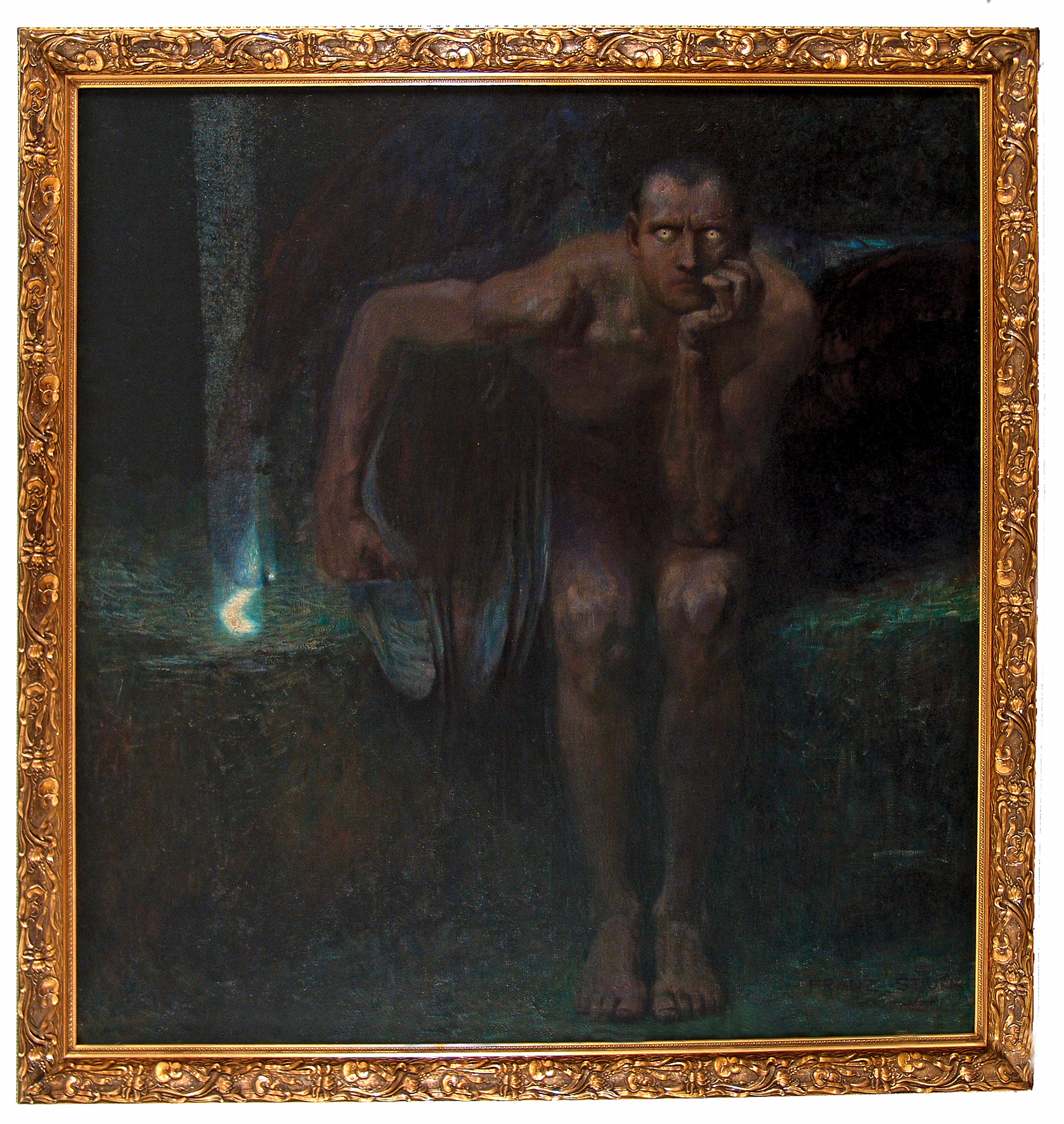 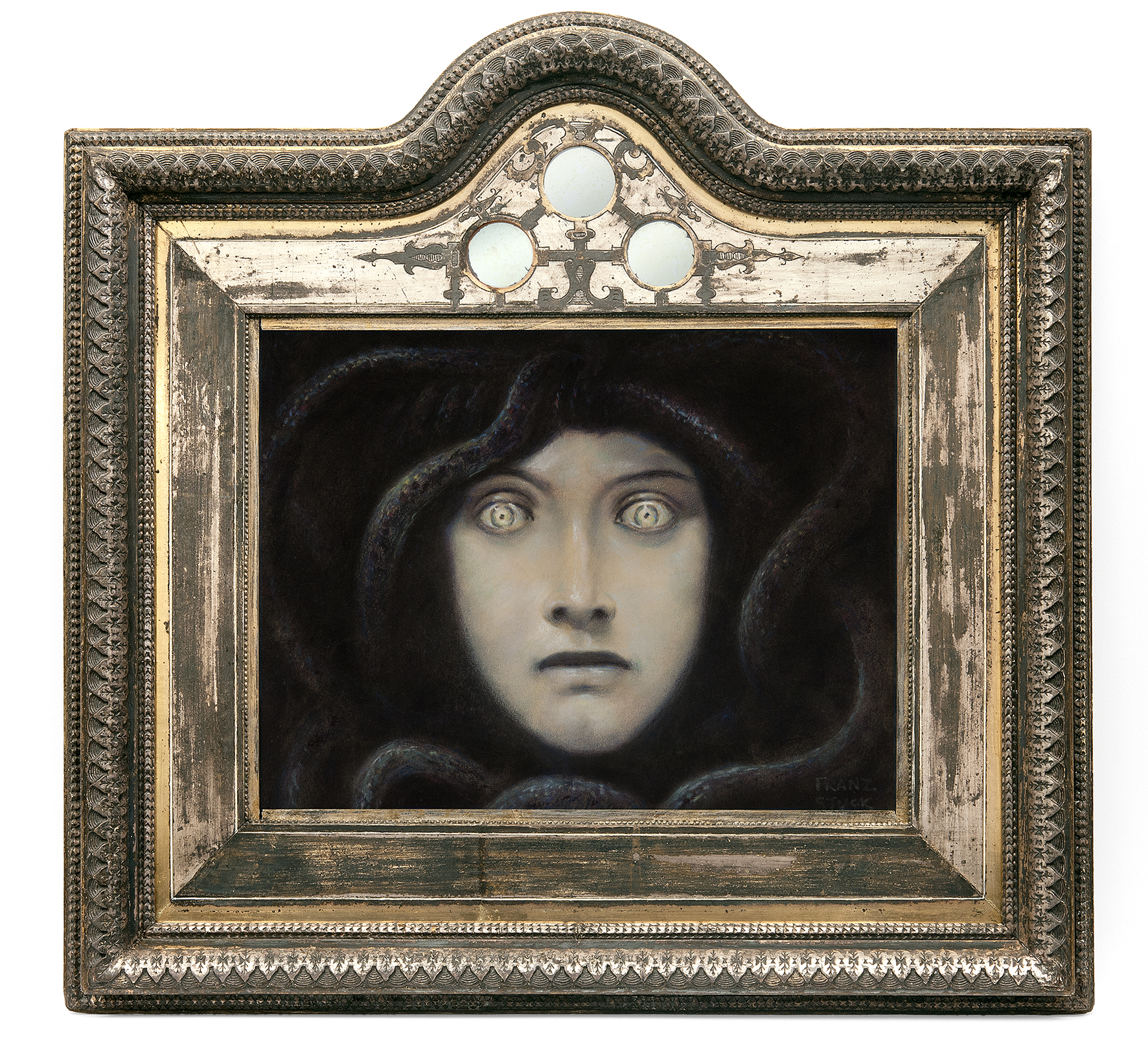 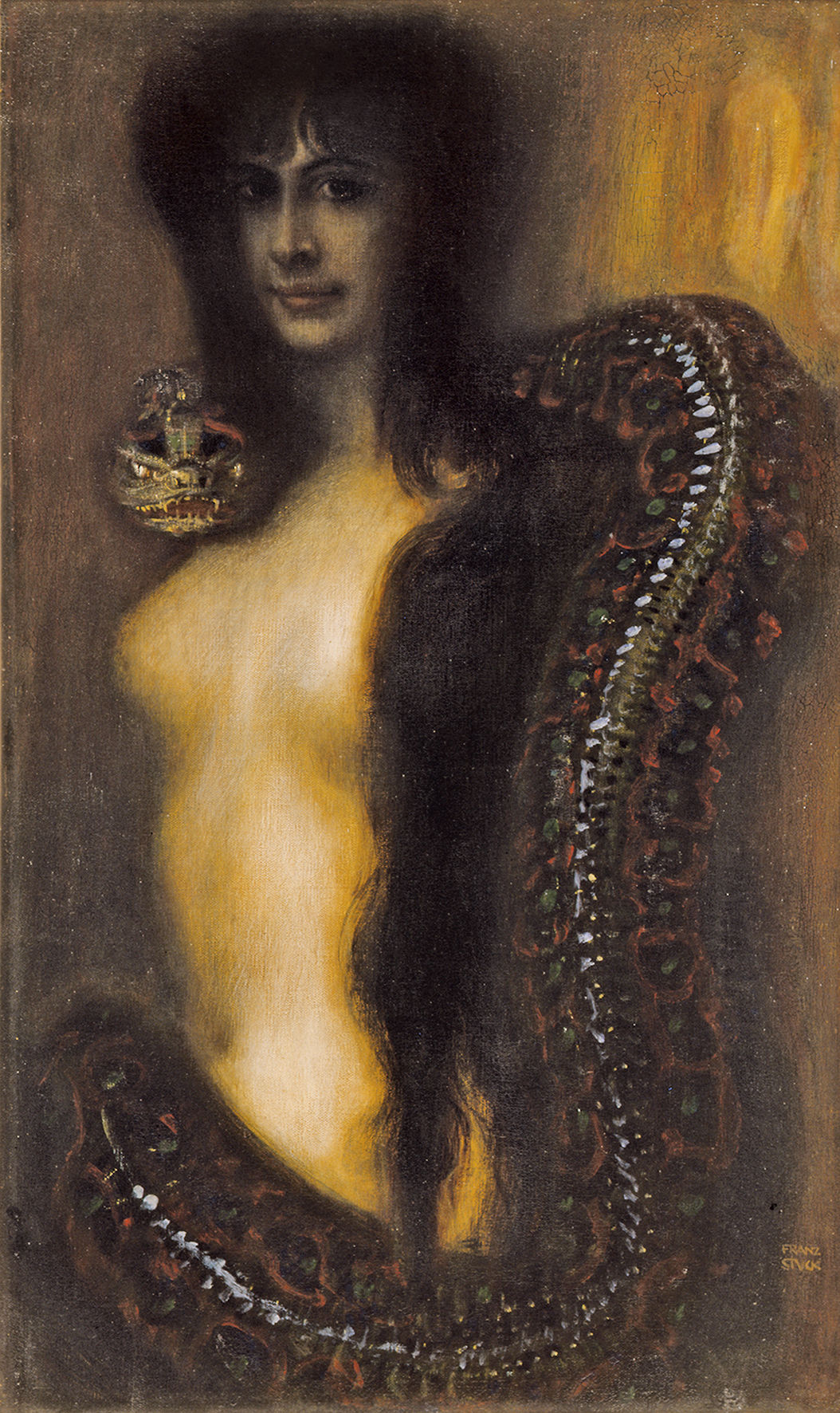 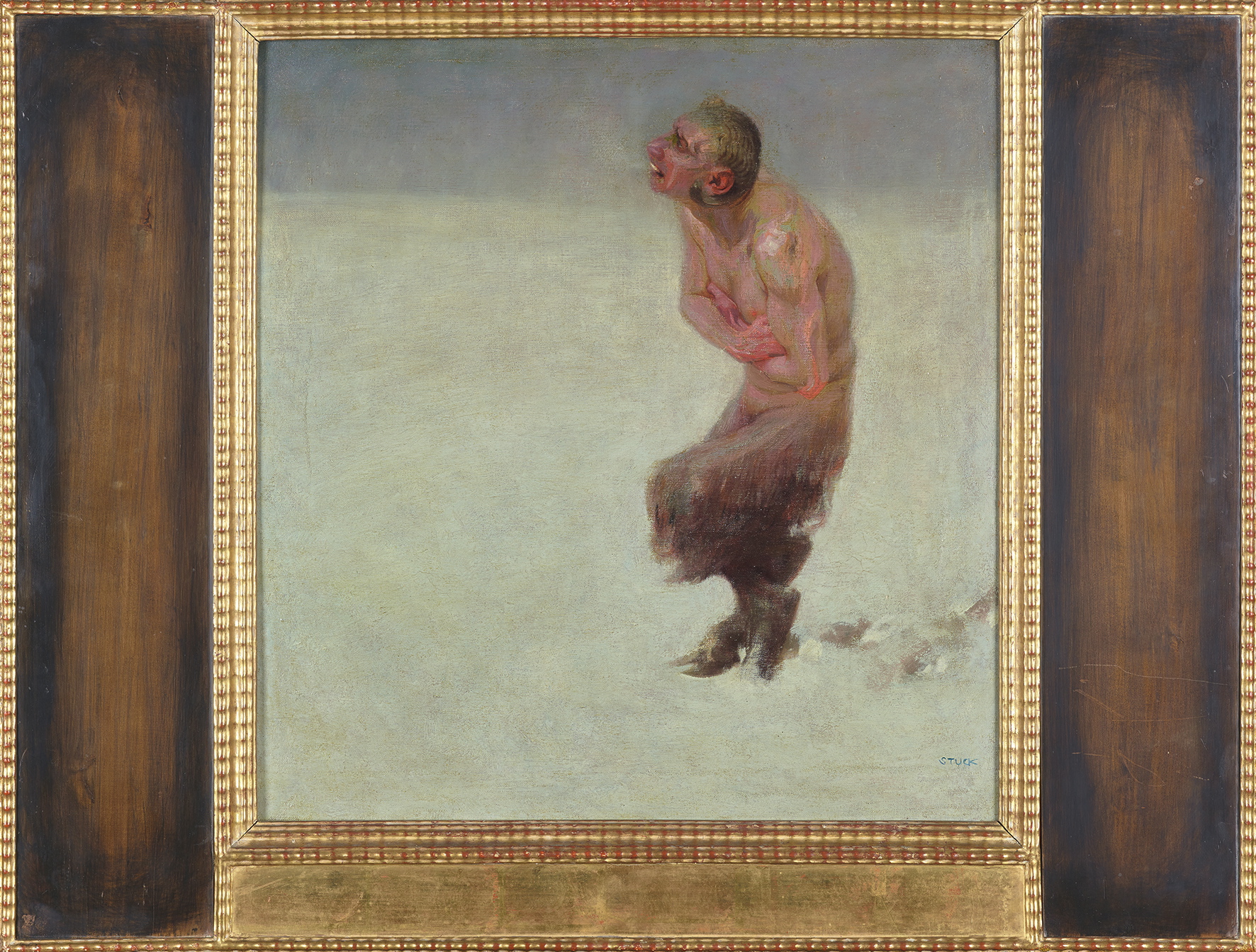 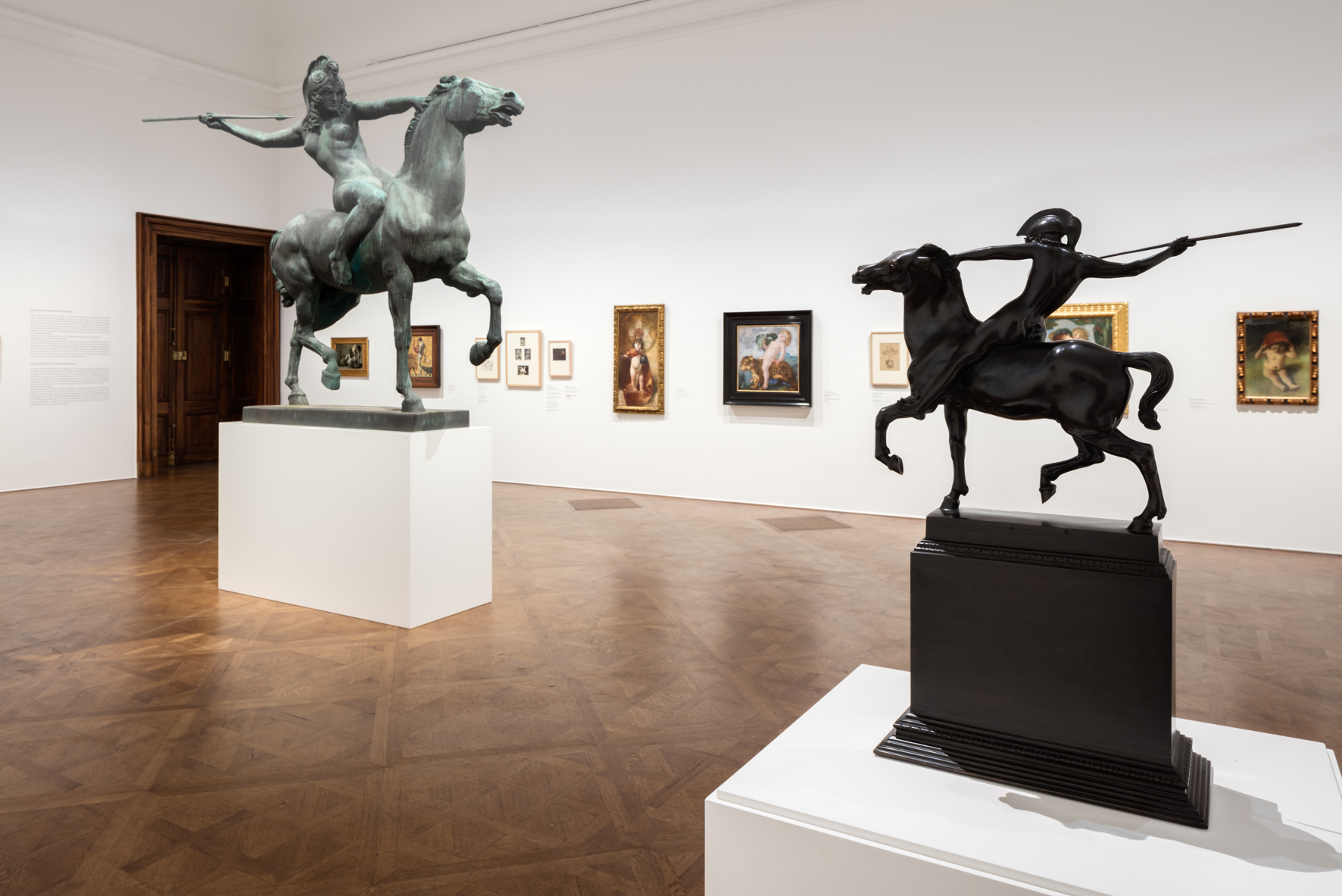 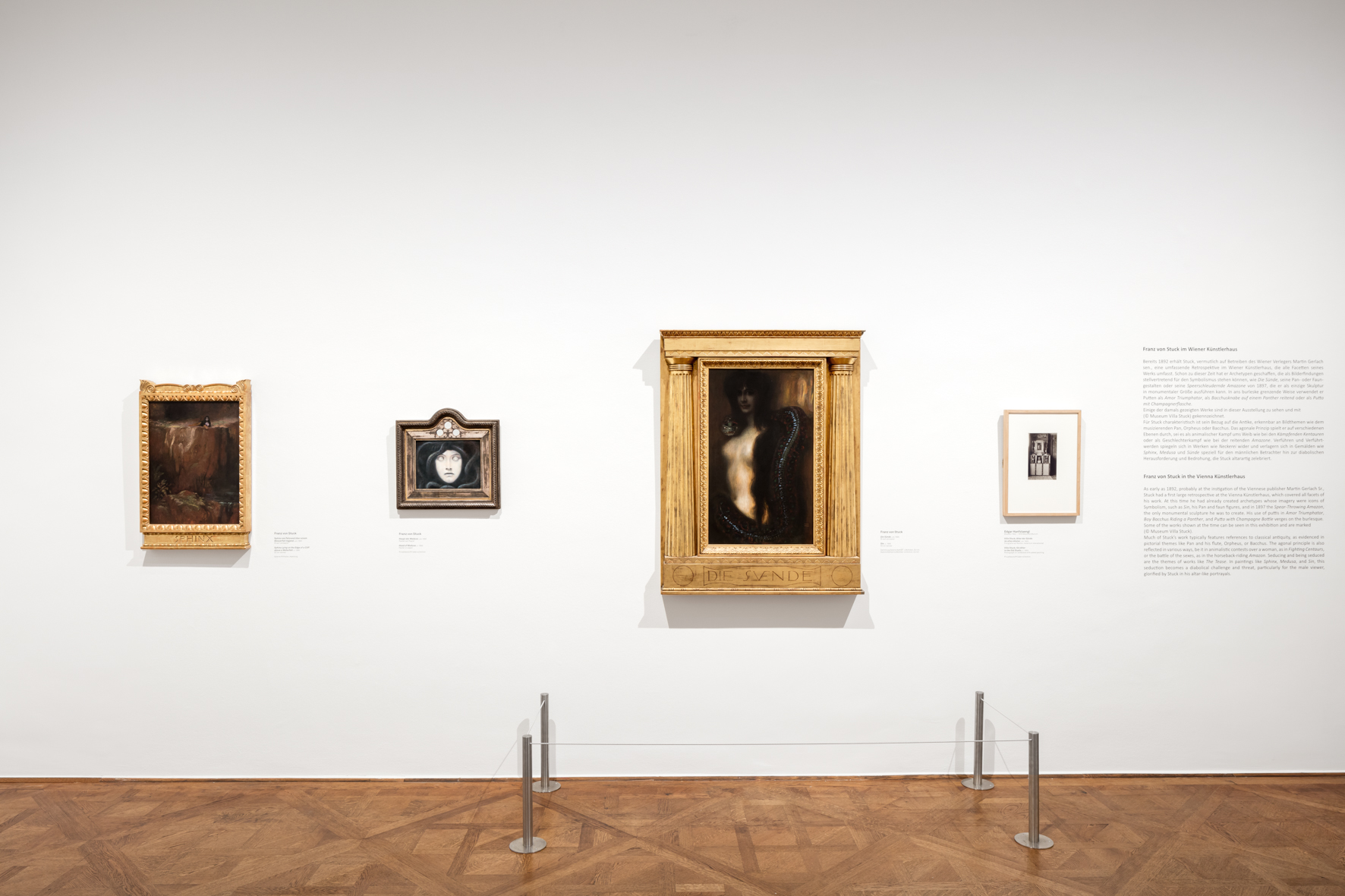 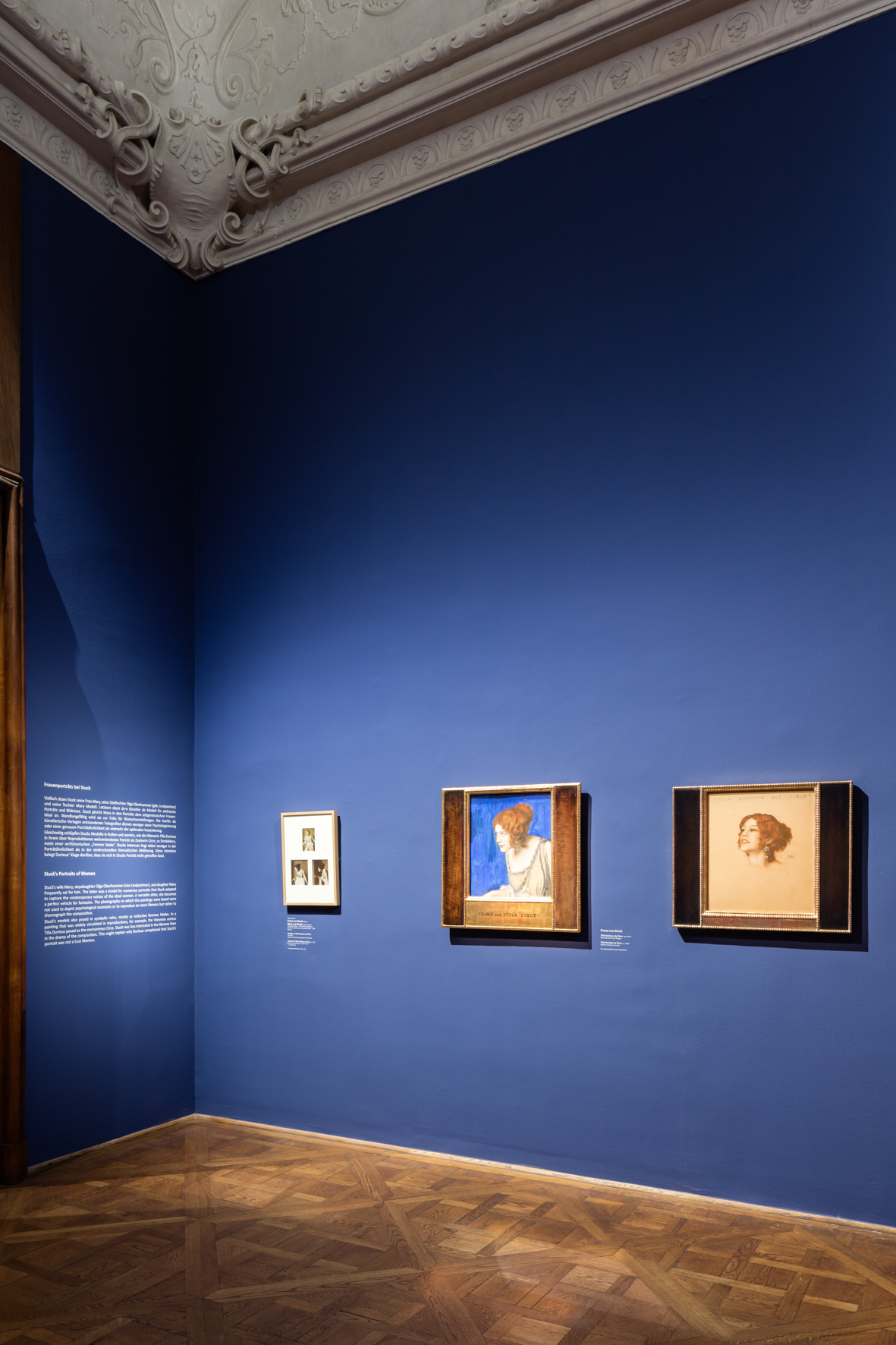 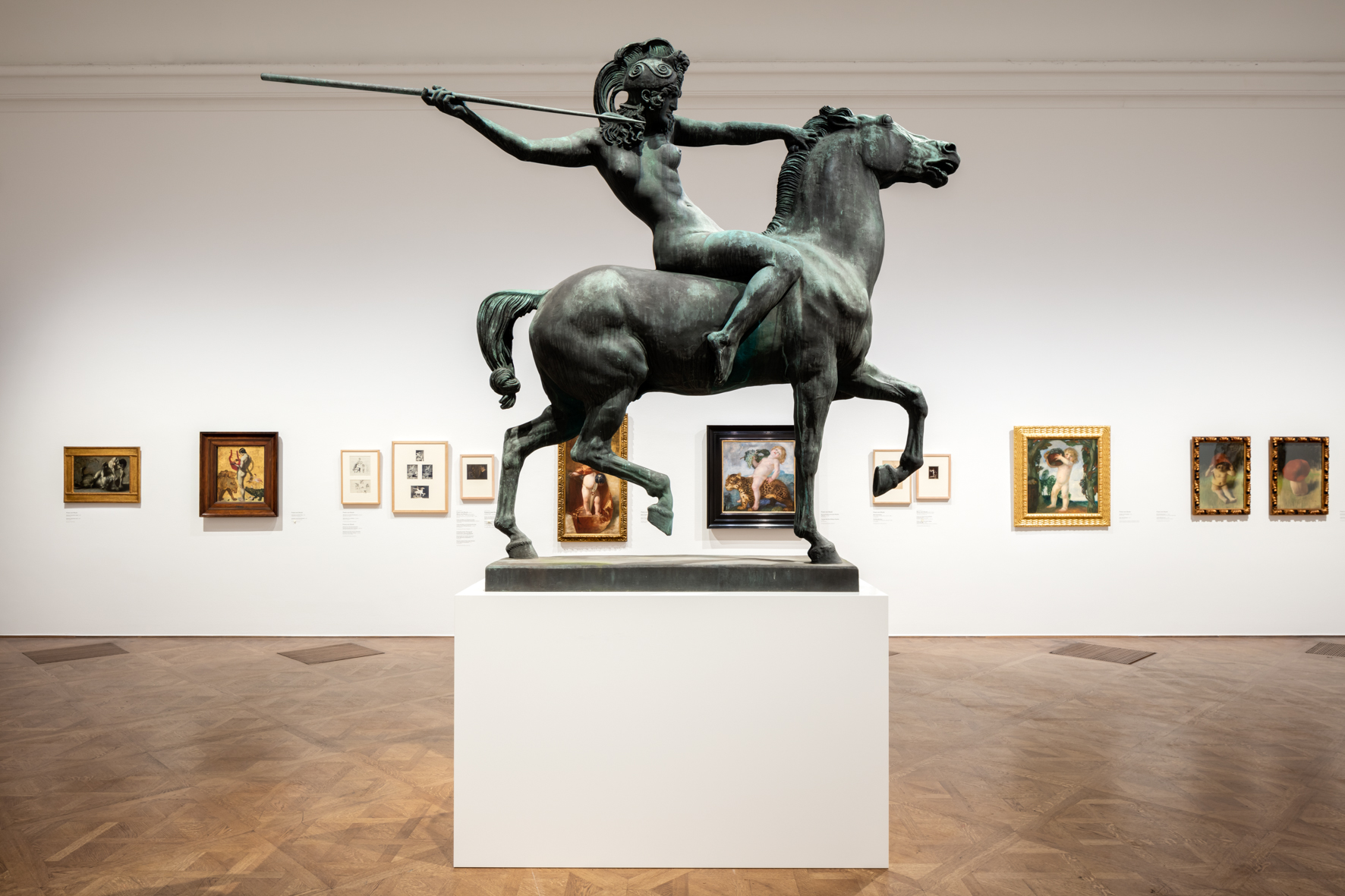