Salvador Dalí and Sigmund Freud: one man's art, another man's theories. The theories of Freud clearly fascinated Dalí, perhaps to the point of obsession – his greatest desire was to someday meet his idol. He made multiple unsuccessful attempts at contact, including a trip to Vienna in April 1937 that also failed to produce an introduction. Finally, at the urging of Austrian writer Stefan Zweig and the poet Edward James, Freud agreed to a meeting in London in July 1938. This comprehensive exhibition illustrates the obsession for the psychoanalytical in the work of the Surrealists, particularly as it is present in Dali's surrealist pictorial world.

This exhibition is only open to visitors over the age of 16. 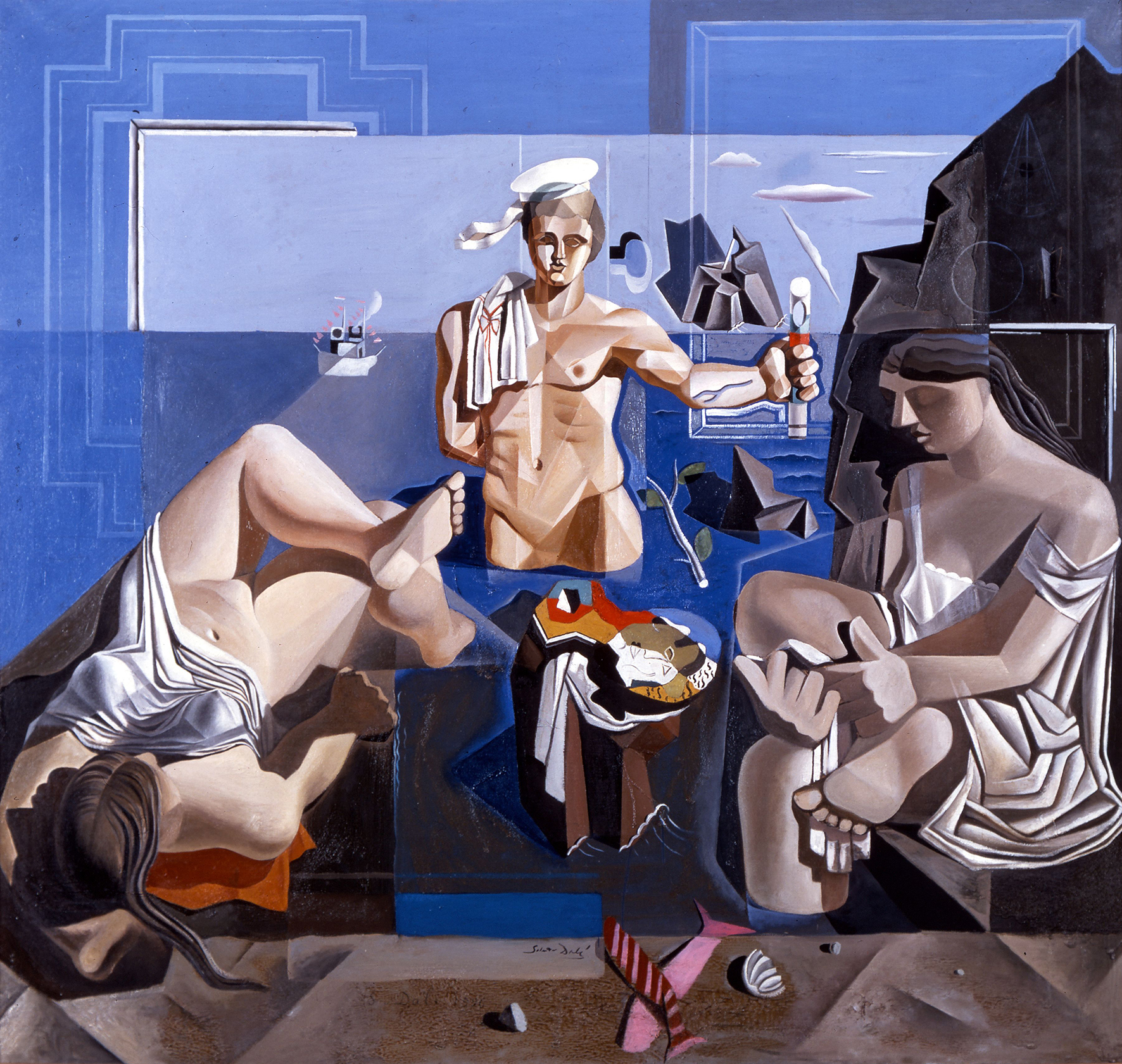 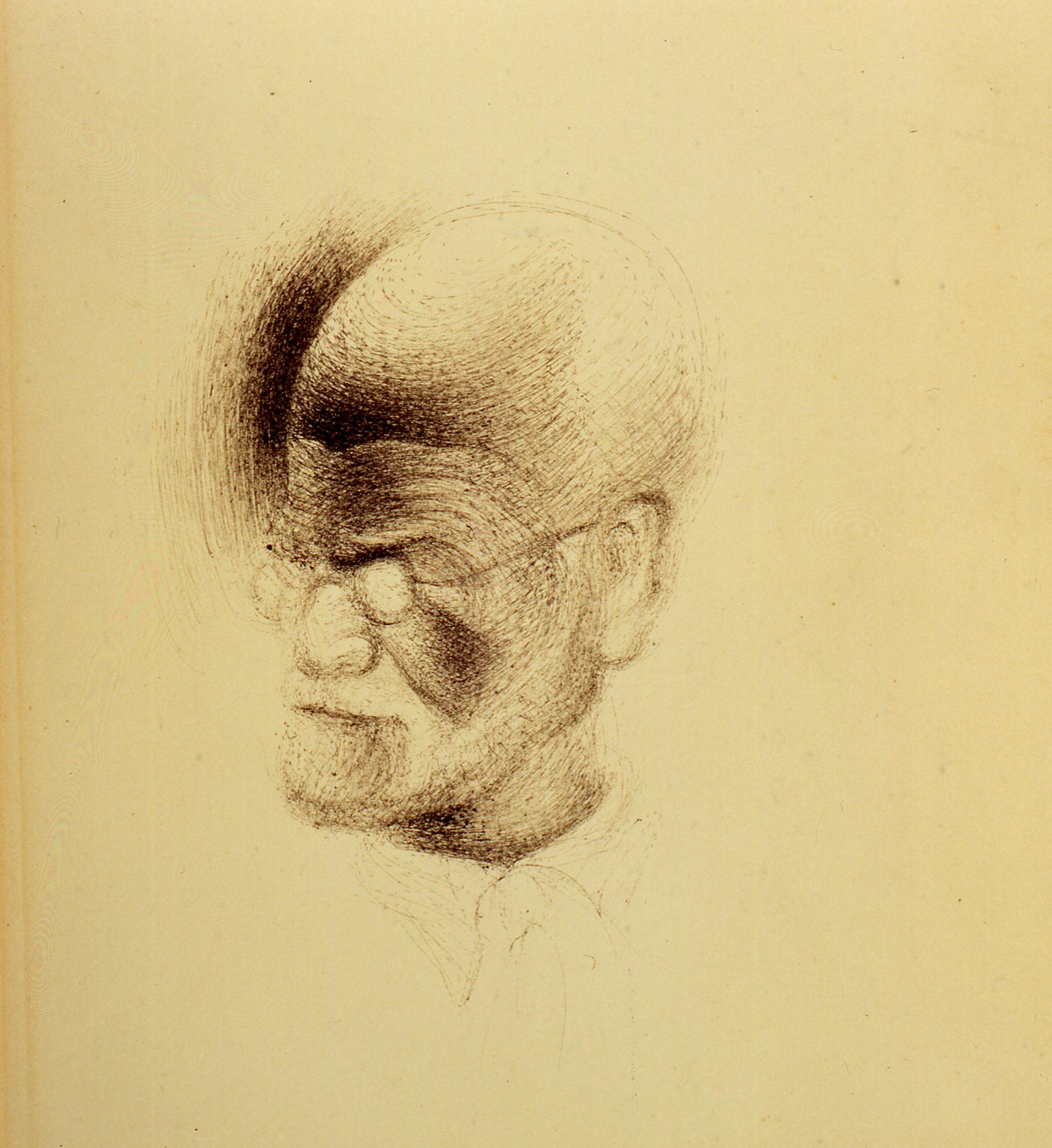 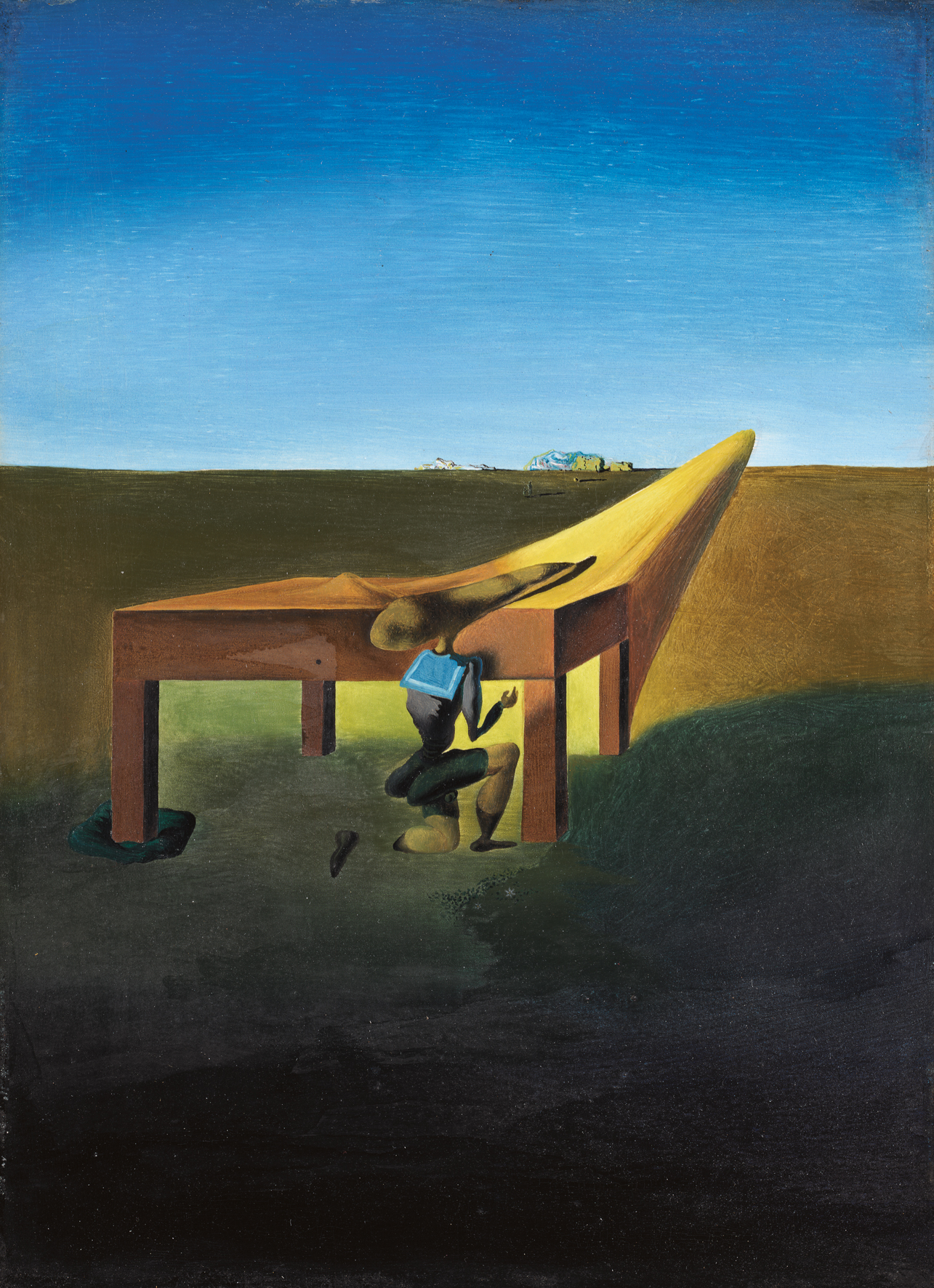 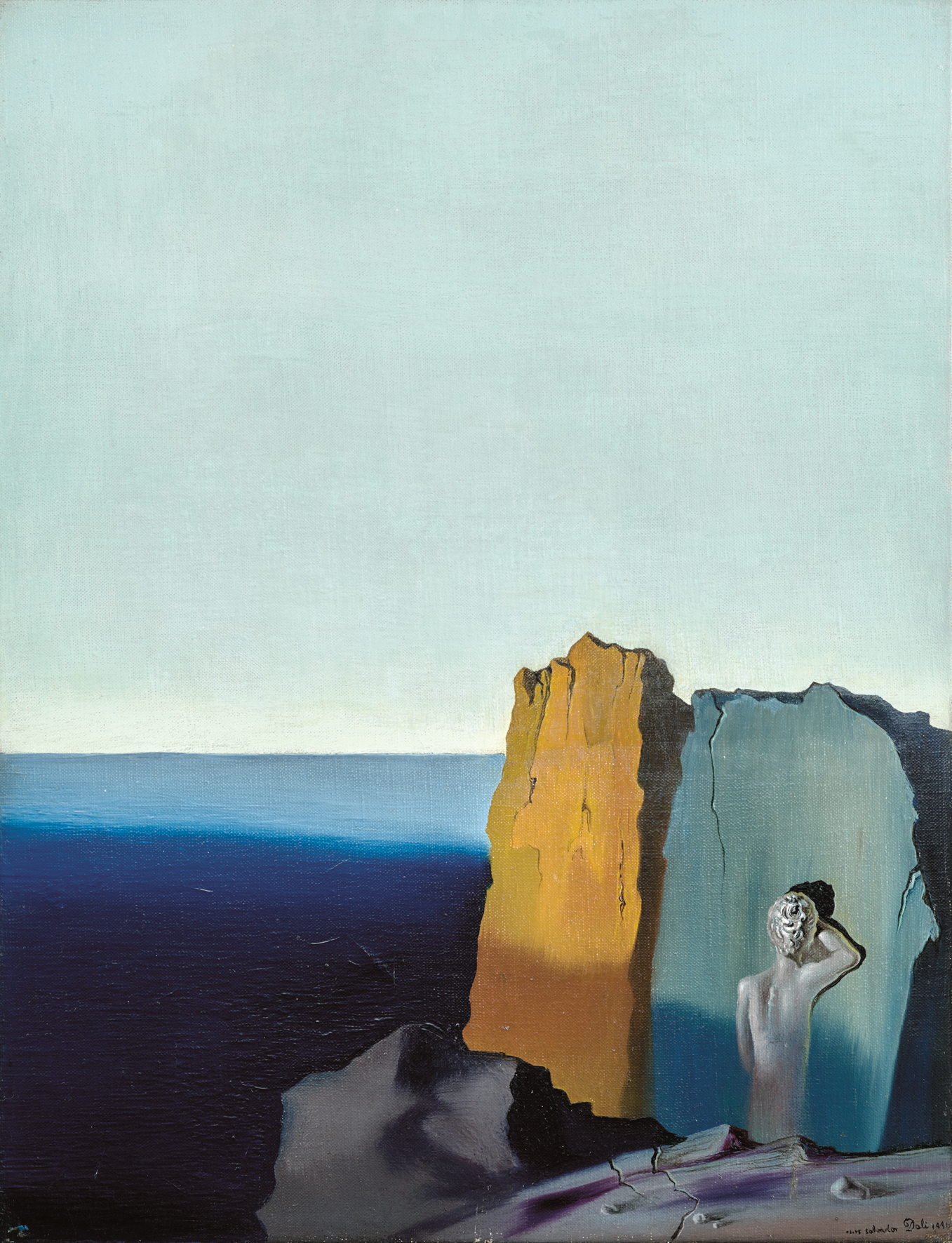 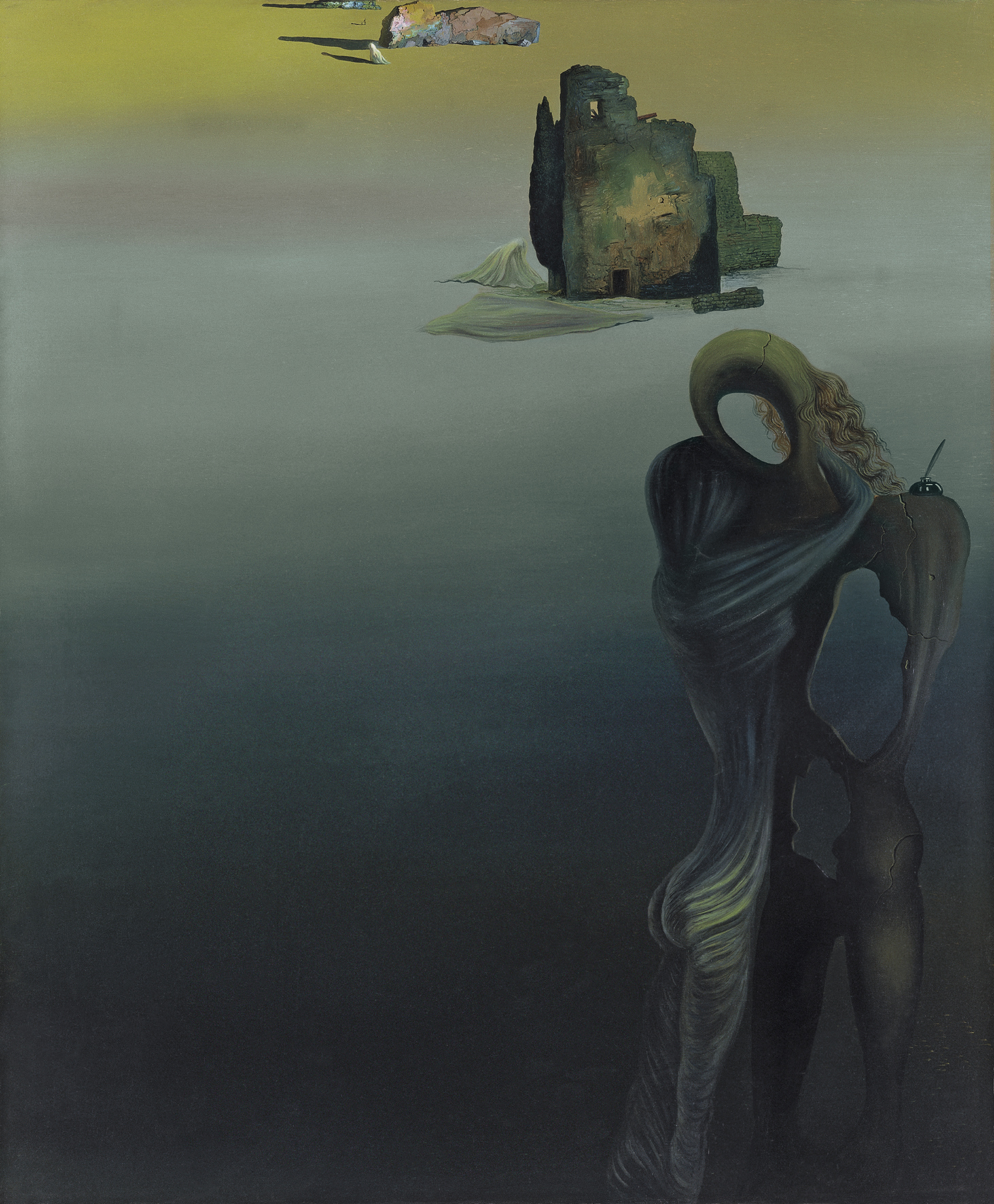 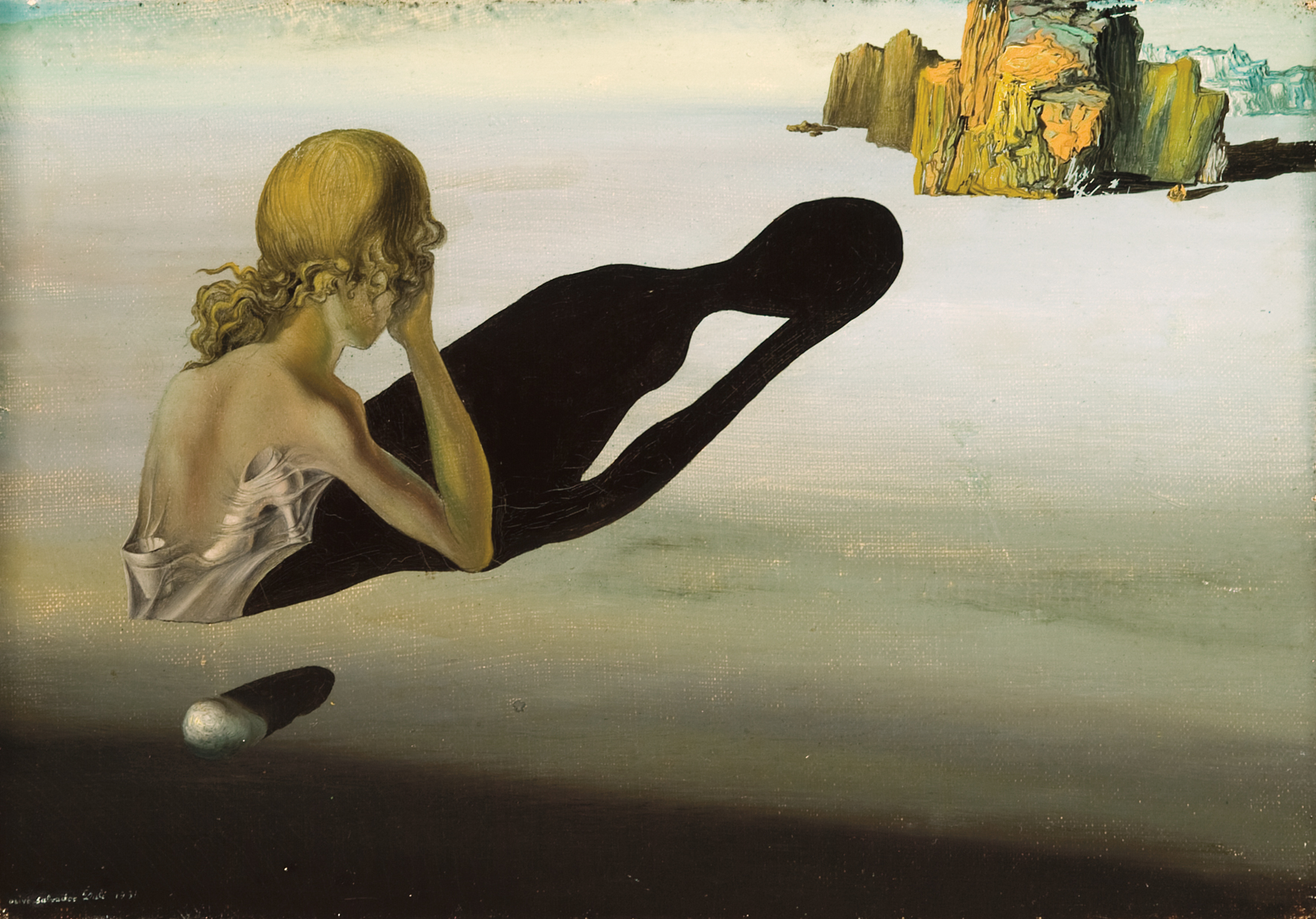 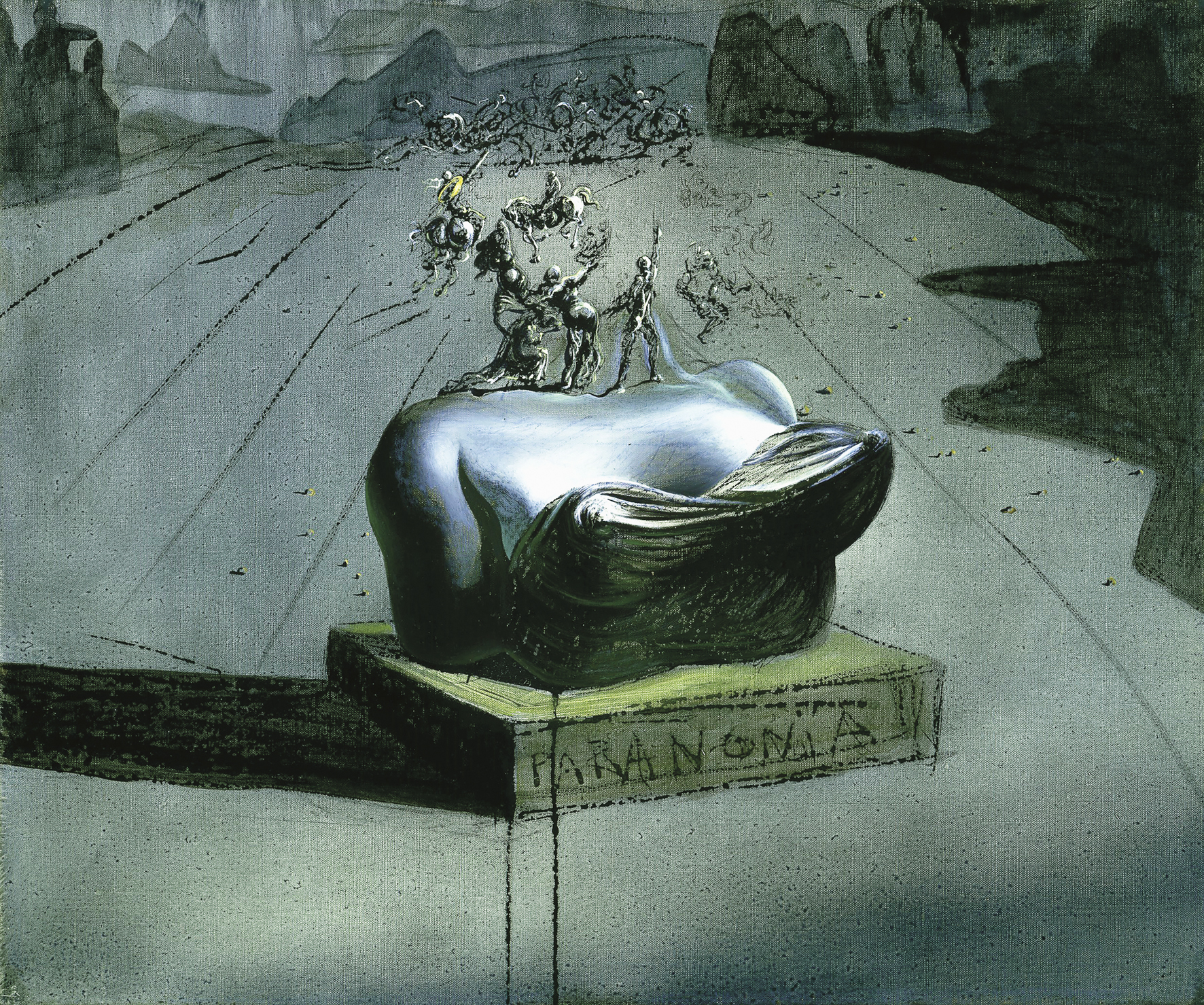 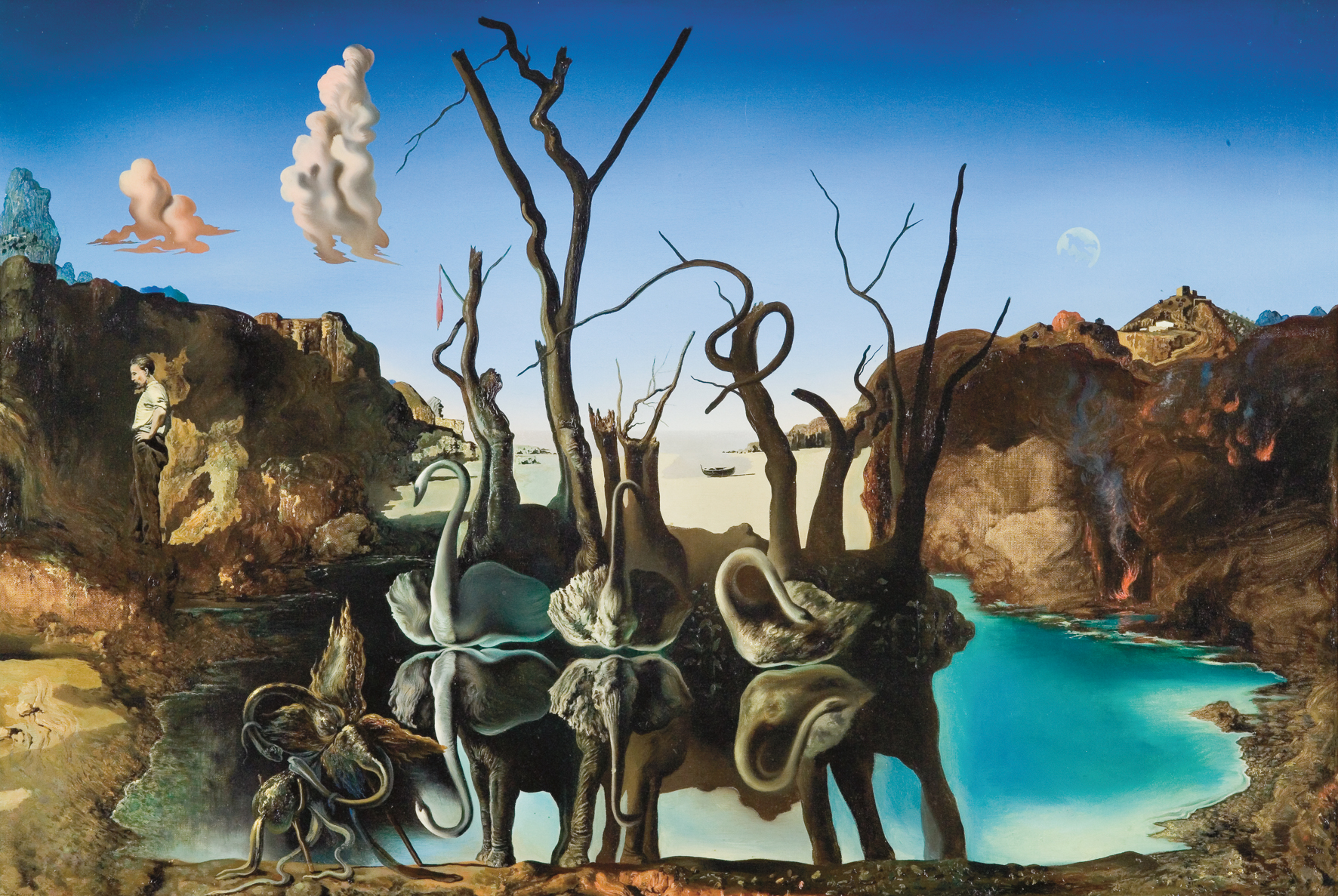 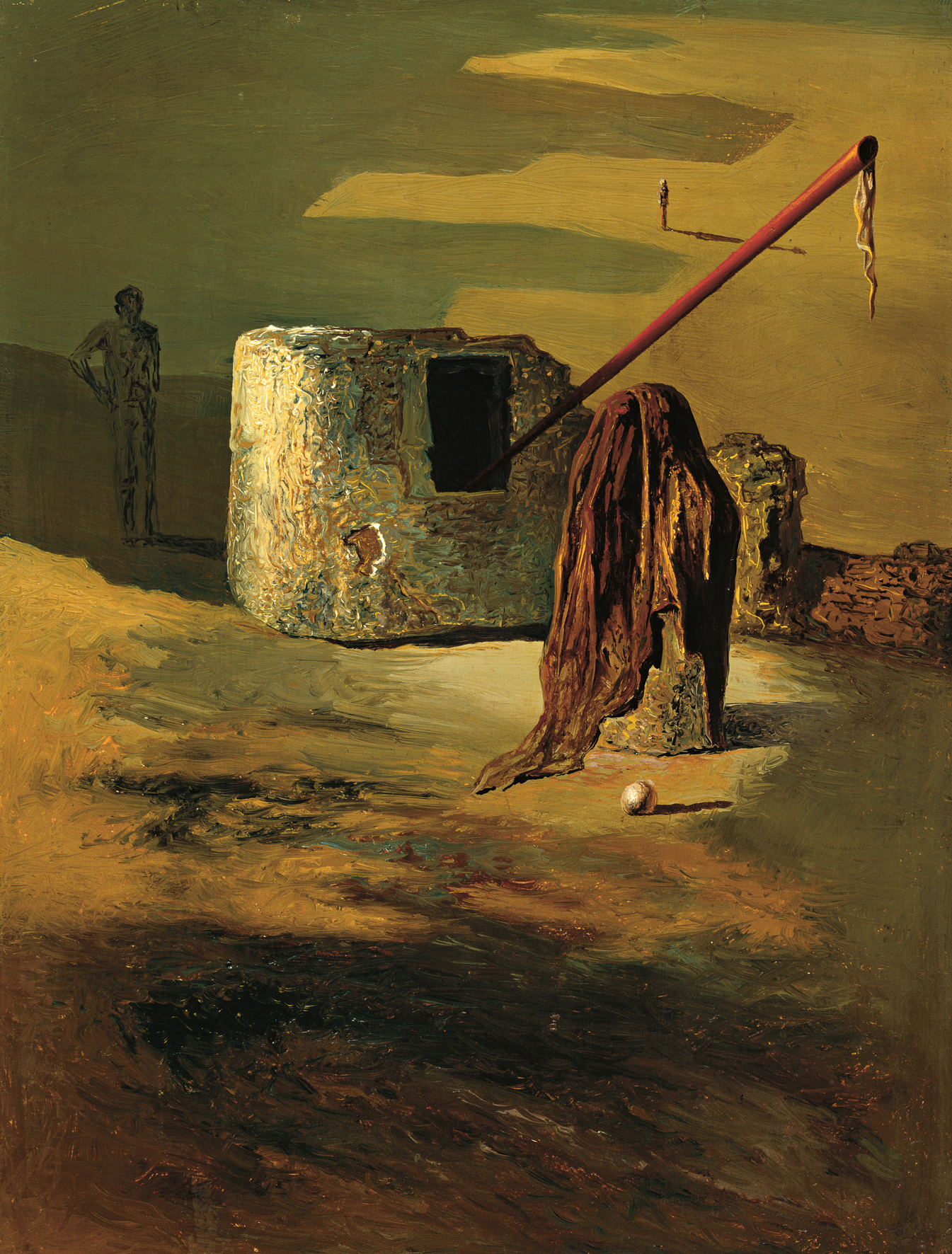 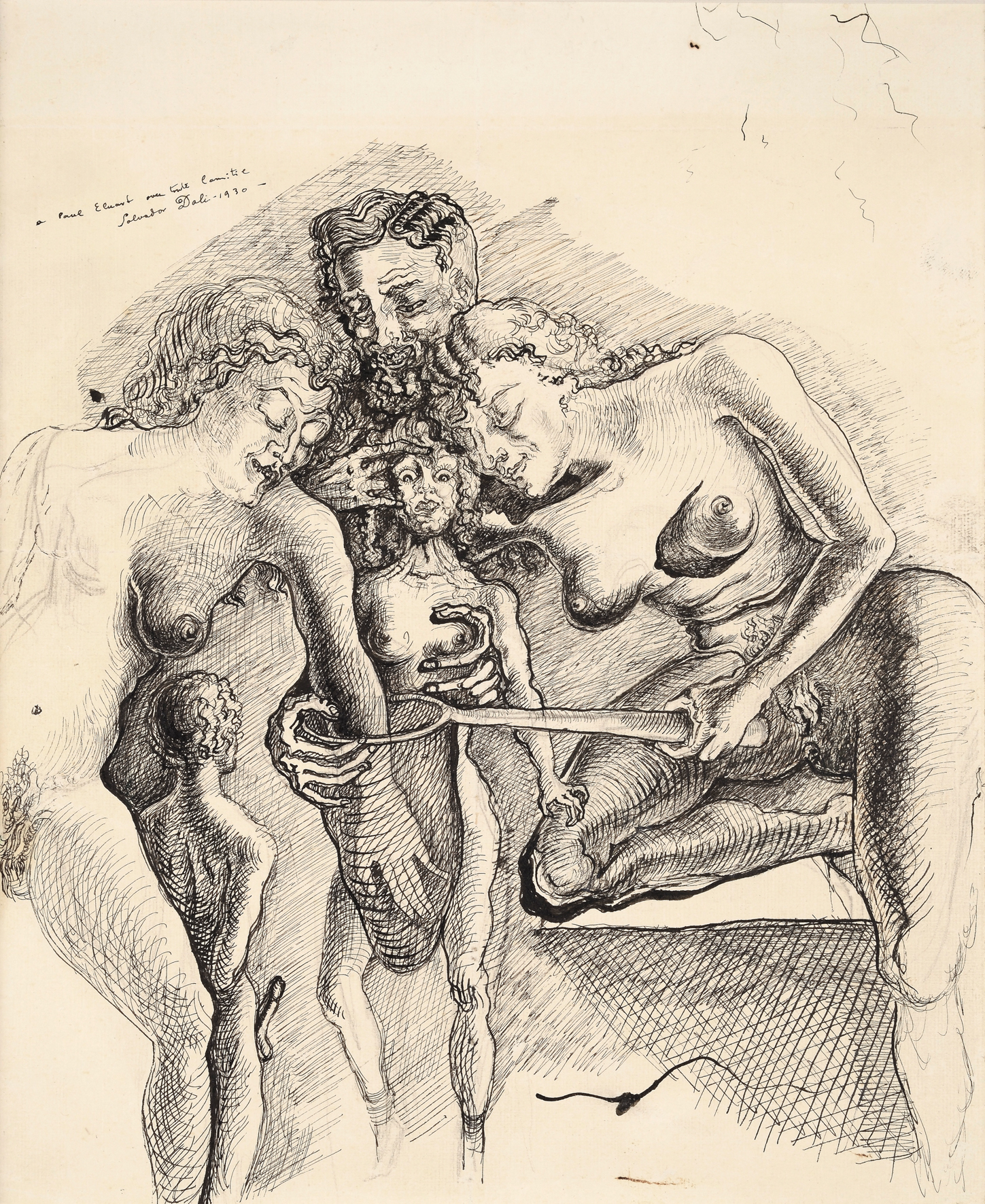 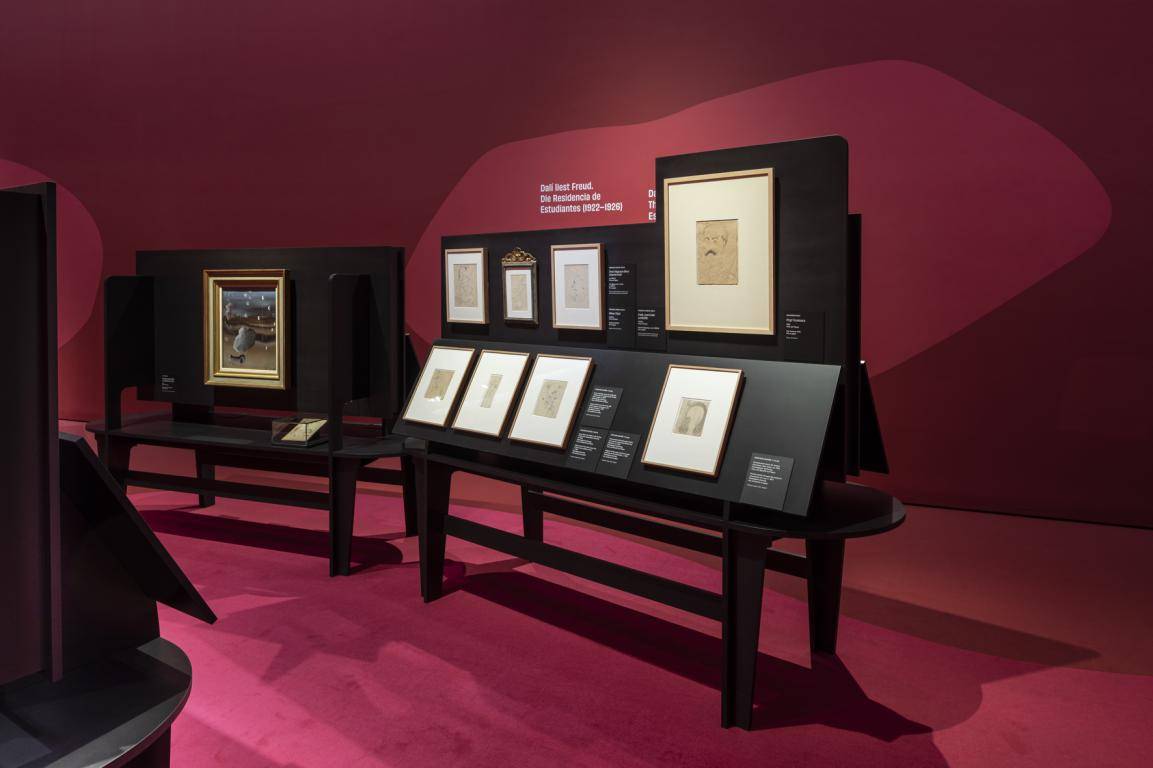 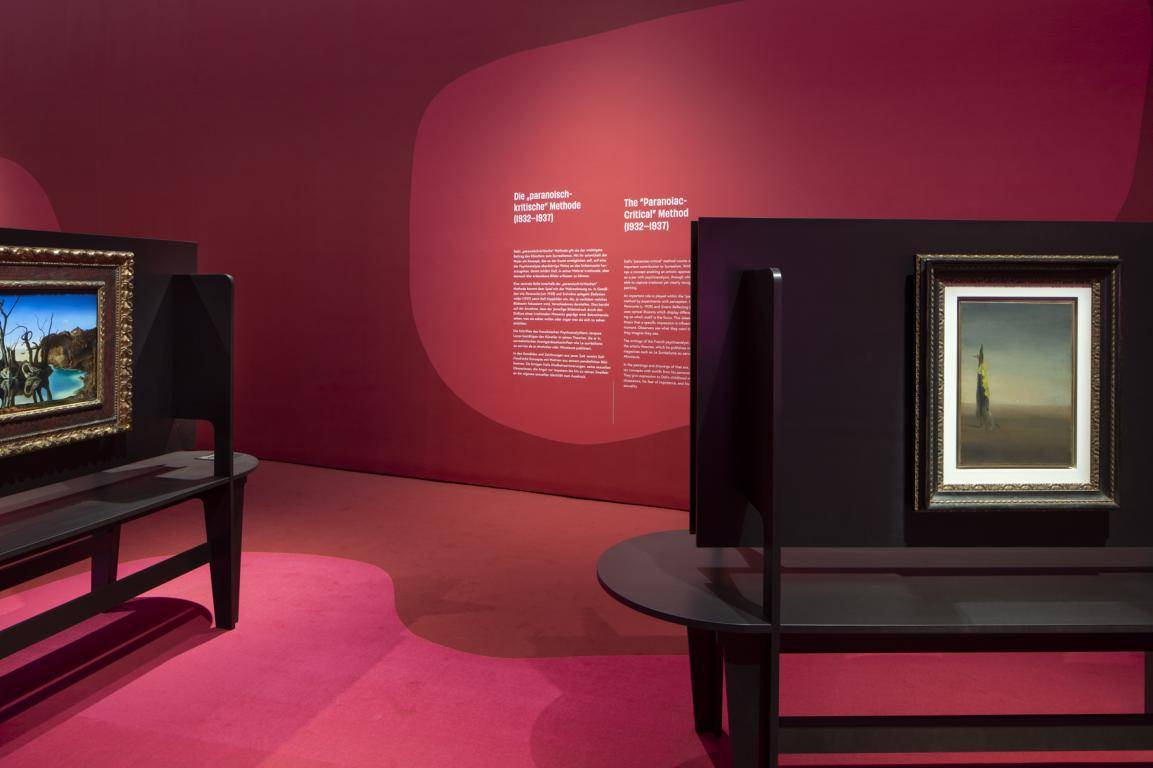 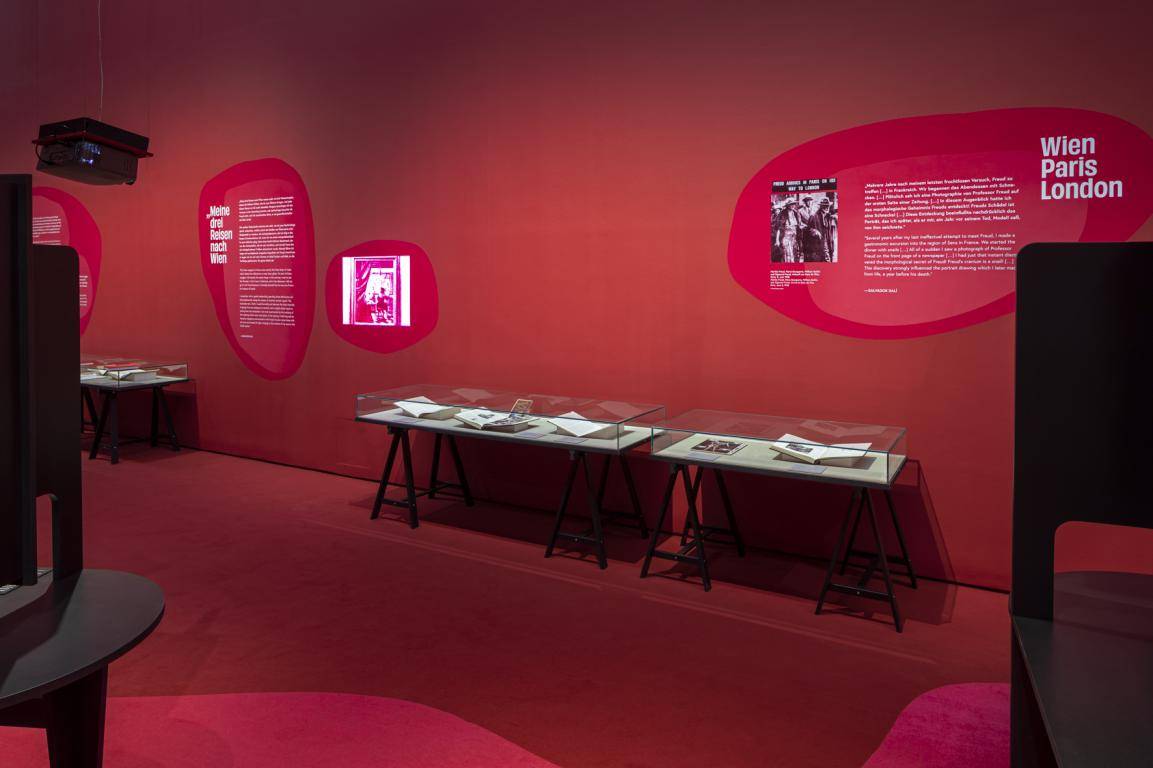 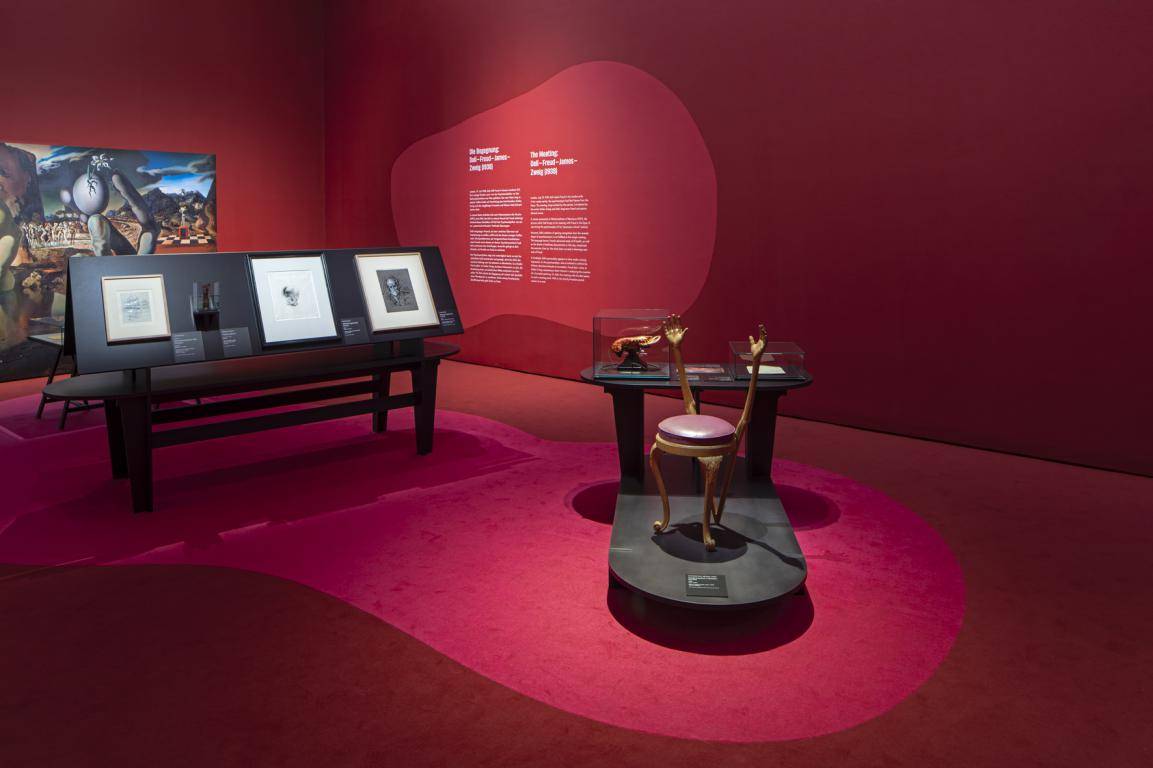 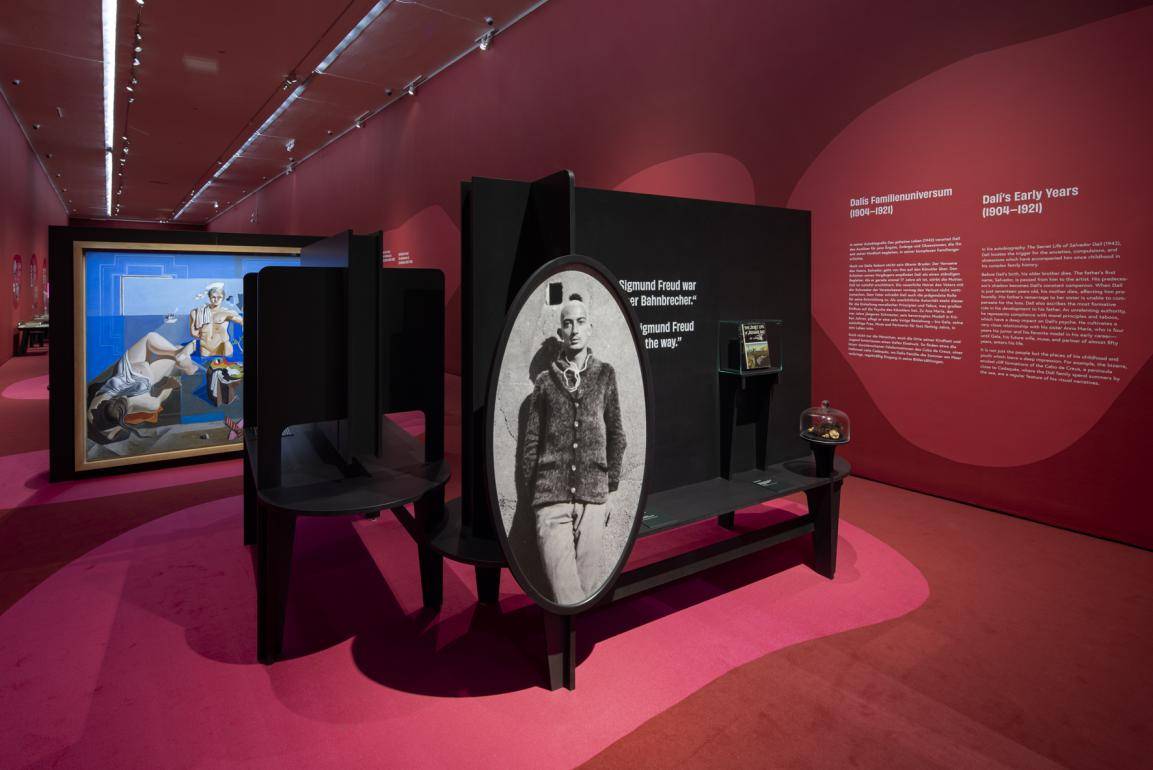 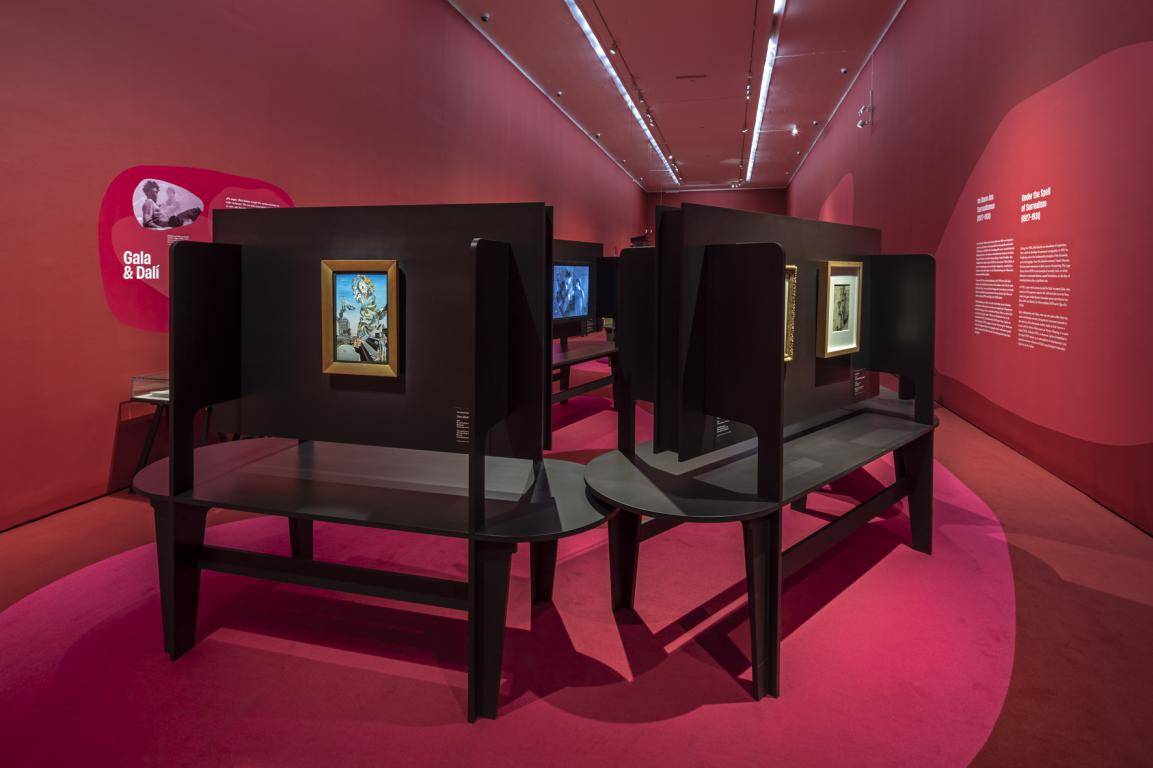 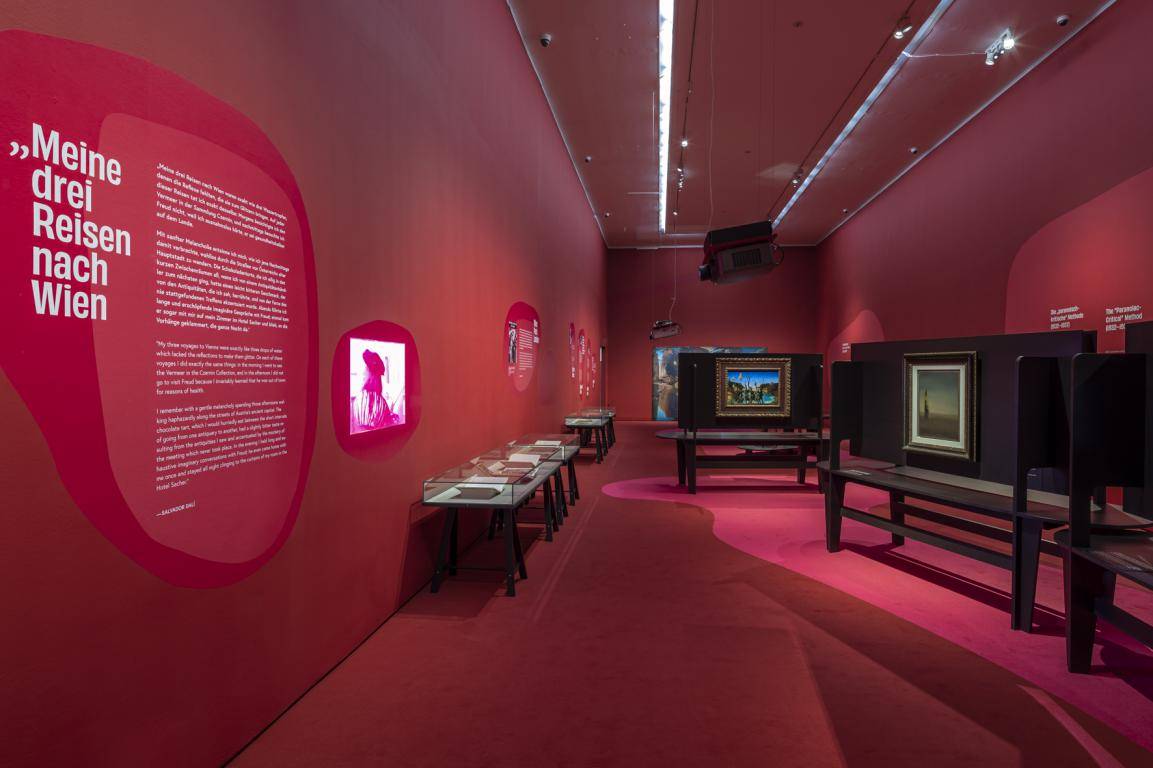 In London in 1938 Salvador Dalí finally met Sigmund Freud, who had recently fled Vienna – the first and only meeting between the artist and his idol. Unfortunately, however, Dalí's ambitious wish to garner Freud's endorsement for his Paranoiac Critical method remained unfulfilled. Yet the founder of psychoanalysis was subsequently much more impressed than he had expected to be, and came to reconsider his earlier ambivalence towards Surrealism.

The Belvedere is showcasing – with over 100 pieces including paintings, surrealist objects, photographs, films, books, journals, letters, and other documents – Dalí's unique personality against the backdrop of his complex family and follows him from his discovery of Freud's writings to his meeting with the psychoanalyst in exile in London on 19 July 1938.

For the young artist, reading the Interpretation of Dreams became one of the most significant discoveries of his life. In Freud's writings Dalí found the key to hidden fears, desires, and obsessions. This led him to explore the poetics of Surrealism in 1926 and to develop a new visual language that remains, to this day, unique to his work.  Dalí’s meeting in London was his only in-person encounter with the Viennese psychoanalyst. The exhibition also relates the artist's seminal encounters with the poet Federico García Lorca and the filmmaker Luis Buñuel, as well as his time at the Residencia de Estudiantes in Madrid. Along with the drawings of nervous tissues by the histologist and Nobel Prize–winner Santiago Ramón y Cajal, they were Dalí's principal inspirations for his Surrealist work.

The part of the show that focuses on the artist's family background highlights how Dalí’s intense psychoanalytical exploration of his complex adolescence shaped his paintings.

Salvador Dalí and Sigmund Freud. The art of one is inconceivable without the theories of the other. They seem inexorably linked, even though their paths only crossed once.

While studying in Madrid in the 1920s, the young painter first encounters the writings of the famous psychoanalyst — and is captivated. Through them he gains access to his own compulsions, desires, and anxieties, which he henceforth incorporates into his paintings. For years, Dalí is obsessed with the idea of meeting Freud. In April 1937, he tries his luck in Vienna — to no avail. The following year, brokered by the writer Stefan Zweig and the patron Edward James, the meeting finally takes place: On July 19, 1938, Salvador Dalí meets Sigmund Freud, who has fled for London from Vienna.

With the help of around one hundred exhibits, high-caliber paintings and drawings, Surrealist objects, films, and original documents, the exhibition showcases Dalí’s connection to Freud’s teachings and accompanies the artist from his discovery of Freud’s writings to his meeting with the psychoanalyst. The exhibition also describes some of Dalí’s other groundbreaking meetings, such as with the poet Federico García Lorca, the filmmaker Luis Buñuel, or the physician and Nobel Prize winner Santiago Ramón y Cajal, who become vital sources of inspiration for his Surrealist work.

In his autobiography The Secret Life of Salvador Dalí (1942), Dalí locates the trigger for the anxieties, compulsions, and obsessions which have accompanied him since childhood in his complex family history.

Before Dalí’s birth, his elder brother dies. The father’s first name, Salvador, is passed from him to the artist. His predecessor's shadow becomes Dalí’s constant companion. When Dalí is just seventeen years old, his mother dies, affecting him profoundly. His father’s remarriage to her sister is unable to compensate for the loss. Dalí also ascribes the most formative role in his development to his father. An unrelenting authority, he represents compliance with moral principles and taboos, which have a deep impact on Dalí’s psyche. He cultivates a very close relationship with his sister Anna María, who is four years his junior and his favorite model in his early career — until Gala, his future wife, muse, and partner of almost fifty years, enters his life.

It is not just the people but the places of his childhood and youth which leave a deep impression. For example, the bizarre, eroded cliff formations of the Cabo de Creus, a peninsula close to Cadaqués, where the Dalí family spend summers by the sea, are a regular feature of his visual narratives.

At the Residencia des Estudiantes (a British-style student halls of residence) in Madrid, Dalí finds in the early 1920s a place of fruitful exchange between avant-garde art and science. In this stimulating environment, the young artist first encounters the writings of Sigmund Freud. The Interpretation of Dreams becomes one of the most important discoveries of his life. Freud’s theories give him access to Freud’s concept of the subconscious, repression, and the awareness of hidden conflicts. In contrast, the drawings of the physician and Nobel Prize winner Santiago Ramón y Cajal reveal to him the visible structures of the nerve tissue.

Paintings by Dalí from this period attest to his keen interest in European avant-garde movements such as Futurism, Cubism, or metaphysical painting. At the same time, the artist and his roommates, the poet Federico García Lorca and the filmmaker Luis Buñuel, find out about the Surrealist movement’s latest achievements through French avant-garde magazines.

In this period, a number of drawings by Dalí, but also Lorca, are produced, showing clear parallels with Ramón y Cajal’s drawings of nerve tissue. Marking the beginning of Dalí’s use of Freudian concepts is the painting Neo-Cubist Academy. (Composition with Three Figures) (1926).

During the 1920s, Dalí absorbs an abundance of inspiration, from which he develops his personal iconography. In 1929, he finally lays down the fundamental principles of the Surrealist pictorial language. From this decisive moment, Freud’s theories find increased expression in Dalí’s oeuvre. His painting The Lugubrious Game (1929) is one example of an early work, in which allusions to repressed desires, sexual frustrations, or the fear of breaking taboos play a significant role.

In 1929, a year which proves pivotal for Dalí, he meets Gala, who remains at the painter’s side for life. Dalí and she move to Paris, where he joins André Breton’s Surrealist group and directs two films with Luis Buñuel, Un chien andalou (1929) and L’âge d’or (1930).

Dalí’s relationship with Gala, who was ten years older than the artist and already married, alongside his irreverent attitude to the memory of his deceased mother, leads at that time to a break with his father. Works such as Woman Sleeping in a Landscape (1931), Solitude (1931), or Remorse. Sphinx Embedded in the Sand (1931) attest to an atmosphere of abandonment and exposure and are reflective of Dalí’s psychological state after rejection by his father.

Dalí’s “paranoiac-critical” method counts as the artist’s most important contribution to Surrealism. With it, the painter develops a concept enabling an artistic approach to the unconscious, on a par with psychoanalysis, through which, Dalí explains, he is able to capture irrational yet clearly recognizable images in his painting.

An important role is played within the “paranoiac-critical” method by experiments with perception. In paintings such as Paranonïa (c. 1935) and Swans Reflecting Elephants (1937), Dalí uses optical illusions which display different things, depending on which motif is the focus. This takes as its basis the hypothesis that a specific impression is influenced by an irrational moment. Observers see what they want to see, or even what they imagine they see.

The writings of the French psychoanalyst Jacques Lacan confirm the artist’s theories, which he publishes in Surrealist avant-garde magazines such as Le Surréalisme au service de la révolution or Minotaure.

In the paintings and drawings of that era, Dalí combines Freudian concepts with motifs from his personal pictorial cosmos. They give expression to Dalí’s childhood memories, his sexual obsessions, his fear of impotence, and his doubts about his own sexuality.

London, July 19, 1938. Dalí meets Freud in his London exile. A few weeks earlier, the psychoanalyst had fled Vienna from the Nazis. The meeting, long-awaited by the painter, is brokered by the writer Stefan Zweig and Dalí’s long-term friend and patron Edward James.

In James possession is Metamorphosis of Narcissus (1937), the picture which Dalí brings to his meeting with Freud in the hope of convincing the psychoanalyst of his “paranoiac-critical” method.

However, Dalí’s ambition of gaining recognition from the revered doyen of psychoanalysis is not fulfilled at this single meeting. The language barrier, Freud’s advanced state of ill health, as well as the attack of deafness documented on this day, complicate the exercise. Even so, the artist does succeed in drawing a portrait of Freud.

In hindsight, Dalí’s personality appears to have made a strong impression on the psychoanalyst, who is inclined to rethink his hitherto detached attitude to Surrealism. Freud later writes to Stefan Zweig, expressing a keen interest in analyzing the creation of a Surrealist painting. For Dalí, the meeting with his idol seems to mark a turning point. With it, his strictly Freudian period comes to an end.

Born on May 11 in Figueres, as the son of the notary Salvador Dalí Cusí and his wife, Felipa Domènech Ferrés.

Birth of his only sister Anna María.

In Madrid he attends the Real Academia de Bellas Artes de San Fernando and lives at the Residencia de Estudiantes.

Moves to Paris and joins the group of Surrealists. Dalí meets Gala. Breaks with his family.

Publishes the essay "Paranoiac-critical interpretation of the obsessive image of Millet’s ‘Angelus’" in the first issue of the magazine Minotaure.

Reconciles with his family.

From April Dalí and Gala spend some time in Austria. In Vienna, Dalí attempts unsuccessfully to visit Freud.

On July 19, Dalí meets Freud in London, in presence of Stefan Zweig and Edward James.

Freud is born on May 6, as the son of the Jewish textile merchant Jacob Freud and his Jewish wife Amalia (née Nathanson).

The family moves to Vienna.

Studies at the medical faculty of the University of Vienna, where he qualififies as a Doctor of Medicine.

Habilitation and appointed docent in neuropathology at the University of Vienna.

Habilitation and appointed docent in neuropathology at the University of Vienna.

The Interpretation of Dreams is published. Freud thereby establishes the methodology and fundamental concepts of psychoanalysis.

Delusion and Dream in Jensen’s Gradiva is published.

Freud’s collected works are published in Spanish by the Madrid based publisher Biblioteca Nueva. The Interpretation of Dreams is published in 1923.

Freud is diagnosed with mouth cancer.

After the annexation of Austria into Nazi Germany, Freud flflees into exile in London via Paris on June 4.

On July 19, a meeting takes place between Dalí and Freud at Freud’s first address in London, 39 Elsworthy Road. 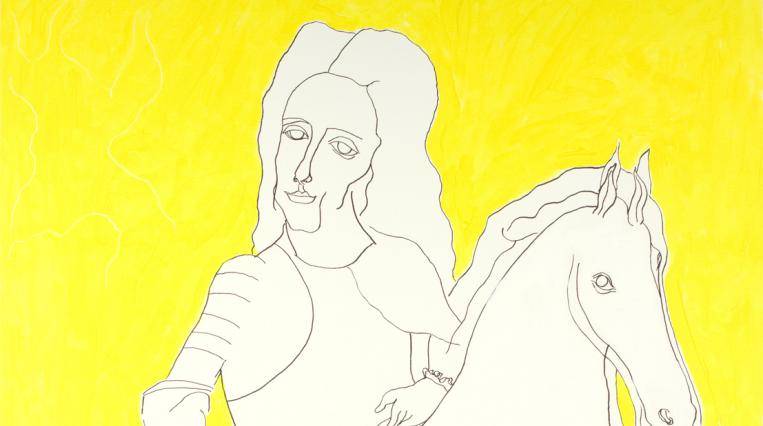